It pays to think about your time as money

A billionaire’s explanation of how the economic machine works 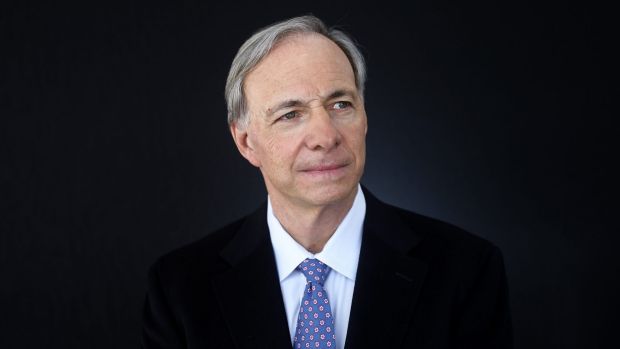 It’s easy to get caught up in the complexities of the modern financial world. However, Ray Dalio, the billionaire founder and co-chief investment officer of the world’s biggest hedge fund firm, Bridgewater Associates, believes developing a thorough understanding of the building blocks of the economy can be  a profitable investment of time.

A dedicated student of history, Dalio believes that his simple template, summarised in the How the Economic Machine Works video, helped him anticipate, and even profit from, the global financial crisis. With high debt levels and tepid economic growth in Australia, Dalio’s engaging video is worth watching. Europe and the US de-leveraged after 2008, but Australia has not. Illustration: Matt Davidson

Here are the highlights:

Transactions are the economy

The economy is made up of millions of transactions between people, government and businesses. When we exchange money or credit with someone for goods, services or financial assets, a transaction is created. The action of spending drives the economy – one person’s spending is another person’s income.

Credit means we can temporarily spend more than we earn. When we receive credit from a lender, we’re able to increase spending, which in turn drives the economy.

When we are borrowing and spending more, economic activity increases. When the economy is expanding, demand for goods and services is higher than production, so prices begin to rise, resulting in inflation.

To lower prices, the government raises interest rates so fewer people can afford to borrow, which means less spending. A recession occurs when the rate of spending can’t be sustained. In response to a recession, the central bank will lower interest rates; people can afford to borrow and spend again, stimulating demand for goods and services. This cycle generally takes five to eight years.

While economic growth generally trends upwards, at a point long-term debt levels become unsustainable. Similar to a short-term recession, the critical difference is that interest rates can’t be lowered any further to stimulate spending as they are already close to 0 per cent. In this situation, the economy begins to deleverage.

Deleveraging and the GFC

For Europe, the United States and much of the rest of the world, deleveraging occurred in 2008, starting the GFC.

With falling incomes, borrowers could not afford to make their debt repayments, causing the stock market to crash and real estate prices to plummet.

Because interest rates could not be lowered any further, central banks began printing money to stimulate economic growth. According to Dalio, if a deleveraging is handled well, it will take about a decade for debt burdens to fall and economic activity to get back to normal.

We have recently passed the 10-year anniversary of the GFC, and in line with Dalio’s template, we are starting to see interest rates normalise in the US. There is also stronger economic growth from other countries whose central banks have been printing money, including Japan and Europe.

However, Australia fared relatively well in the GFC  and we have not seen the same deleveraging in our economy as overseas. In fact, after falling for some years, Australia’s household debt to income ratio has increased to be more than 120 per cent of gross domestic product (GDP). This compares to US household debt of 98 per cent of GDP in 2008 when their market crashed.

All economies have some unique aspects, but Dalio’s template highlights the need to look past idiosyncrasies and short-term distractions and see the larger, universal forces at work.  It is impossible to determine exactly where we are in the short and long-term debt cycles. However, the video prompts a reflection on the sustainability of debt levels and asset price growth in Australia. It is a rare opportunity to benefit from the insights of a hedge fund manager who has made billions for himself and his clients.

Article by Catherine Robson. Published by The Age, November 17, 2017