Margaret Jackson has an impressive list of firsts to her name. The first woman to become chairman of a top-50 publicly listed company in Australia. The first female director of BHP Billiton in 108 years of history. And in a light blue pantsuit she quietly challenged the skirt only dress code for women in professional services in the 1970s. 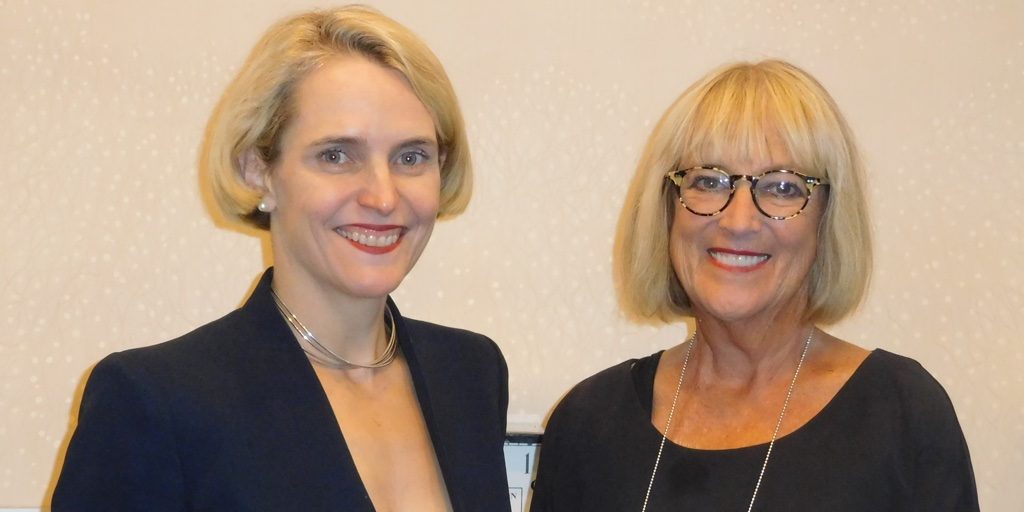 Margaret is perhaps best known for her time as Chairman of Qantas, and the pointed, personal criticism she received for her support for the 2007 takeover bid.  The subsequent impact of the GFC and collapse of the Qantas share price have not only proved that Margaret was right, but she remains grateful for the experience, personal growth and new doors it opened.

A liberating upbringing in the Victorian countryside set Margaret on a fiercely independent course.

“In my DNA from childhood was a question: If people have got silly rules draw it to their attention and try to change it. I’ve probably been a very bold brave person in a very quiet way.”

Starting out as a graduate accountant in the early 70s Margaret had trouble finding a firm that would even let her in the door.

“You’d write in as M. A. Jackson, and turn up for the interview and they’d say oh terribly sorry we don’t employ women.”

“I eventually got a job at PwC and I thought I was very trendy in a pale blue pantsuit. Wide lapels, white stitching, bell bottoms, very groovy.

“I was called before the managing partner by about 10 o’clock in the morning who was a bit terrifying. He told me, Miss Jackson you are wearing inappropriate attire you need to go home and return wearing a skirt and pantyhose.

“And I thought well, I’ve got training this afternoon and so I thought, no I’m not going to do that. I think I am appropriately dressed.

“Every day for about six months I wore pants. Until they changed the rules and said we could wear pants. And for maybe for the next 25 years I wore skirts and pantyhose.”

Feeling stalled at PwC she found a much better home, and a partner track at the medium sized firm of BDO or Parker, Lithgow and Gibson as it was known then.

“When someone was identified as a partner material they were sent off to London for a year then made partner when they got back. But my husband was unable to go, so I said, well why don’t I do an MBA, it will give me the skills for tomorrow, so I’ll add value.

“I became a partner, and that got me some press coverage, and about six months after that I was approached to go on the board of Telstra, I was 30 at the time. If I hadn’t done the MBA that opportunity would not have arisen.”

Margaret talks in depth about the failed Qantas takeover bid, shedding new light on back room battles, clerical errors and a perhaps unwise interview she gave while in hospital that all ultimately led to her resignation. In retrospect she, and others, believe her position has been vindicated, but she does have some regrets.

“Would I do anything differently? I think no. Maybe I might not have used those exact words. But I would have said the same thing, because it was the right thing to do at the time.”

Margaret sees the media fallout from her position as symptomatic of an Australian attitude.

“One thing that I find disappointing in Australia is that we admire outstanding success in sport and medical research, and all sorts of other areas, but somehow in business if you get too high, well then somebody’s going to bring you back to the field. It’s an Australian characteristic, where as in the US everyone celebrates success and wants to learn from it.”

“There’s a lot of women out there who come up with a lot of extraordinary business ideas and they get going and where do they get their investment once they’ve depleted their own funds and their friends’ funds?”

“Angel investing with Scale is a nice place to be to help people on their journey of creation of businesses for the future.”

“Scale is a wonderful model of bringing people who can afford to invest in early stage angel investing in a disciplined way.”

“I like the idea of mentoring women to grow a business that ultimately can employ other people. The co-founders of Scale are people I’ve known for a long time and respect.”

Margaret also gives us the three pieces of advice she gives most often to the scores of people seeking her counsel.