German nuns are an excellent source of investment advice

The biggest risk is to take no risk at all

Coming out on top of a cancer diagnosis changed Monique Sasson’s life. 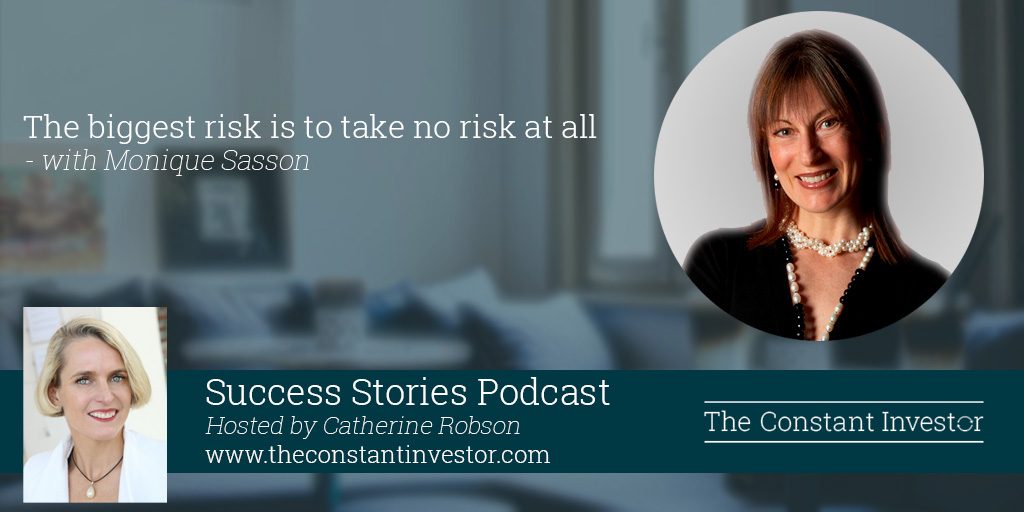 Monique is a master of prioritisation herself and reveals in this Success Story that she never works in the morning, but devotes that time to self care.

Trained in journalism and corporate communications, Monique  co-founded Wakelin Property Advisory in 1995, often steering the business through unknown territory for the following 19 years.

When it comes to a mortgage, Monique’s advice to home owners is as simple today as it was back then; ditch the debt as fast as you can.

“If you own your assets outright, nobody can ever take them away from you. If you’re over leveraged, you become the victim of the vicissitudes of investment markets and monetary policy, which are 2 things you can’t control.”

One of the things she’s done remarkably well is position herself as an expert in the public eye. Highly experienced with media, she’s believes it’s a good thing to feel some level of nervousness when it comes to media interviews.

“A certain amount of adrenaline and nerves when you’re behind a camera or in front of a microphone is good, because it focuses you. It makes you one track minded, which is what you need to be””

On message delivery and appearance, Monique keeps it simple.

“It all comes down to simplicity. Simple language that’s not peppered with jargon. From an appearance and grooming point of view, simple. Monochromatic. One or two colours tops, and not too much jewellery. Certainly nothing that clangs!”

“Always have a voice at a lower pitch because it brings authority to the message. Narrow and focus your message down to one or two very important things that represent your overall business ethos.”

Through Career Eye, her mentoring consultancy, Monique mentors ambitious business women who are seeking the often elusive balance of juggling a demanding career and home life. The essence of her work with clients is how to prioritise and set a plan in motion while remaining flexible enough to roll with the punches.

“The thing I see and hear most often is the level of ambition overrides realism.”

“You can do it all, just not all at the same time.”

After overcoming a cancer diagnosis just over four years ago, Monique’s number one priority is maintaining her health and wellbeing. Her mantra is “strong body, strong mind”. She eats a predominantly organic, vegetarian diet and she gives some insight into her morning routine.

“I don’t work in the mornings. The mornings are dedicated to self care. What that means for me is meditation, I do that daily for about 30 – 40 minutes.” She believes her practice of daily meditation has been a game changer.

“I don’t ever feel deprived but I know I am doing everything I possibly can to safeguard my wellbeing.”