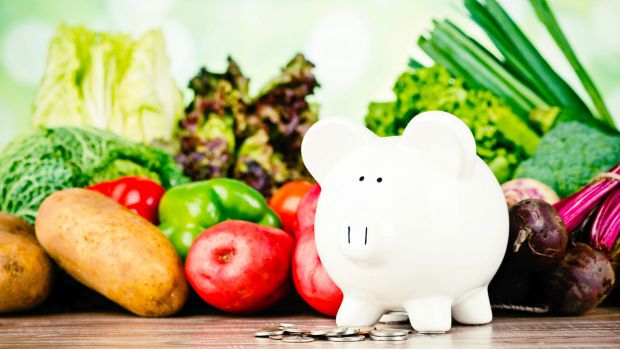 Canadian-born, US-based Peter Adeney is Mr Money Mustache, a hardcore saver who pulls no punches when it comes to the financial “badassity” it takes to retire early.

He says his goals are to make you rich so you can retire early, to make you happy so you can properly enjoy your early retirement and to save the whole human race from destroying itself through overconsumption of its habitat.

The blog presents frugality as a lifestyle of liberation, not deprivation and chronicles Adeney’s extreme saving methods and no holds barred opinions on how we waste our money.

While millions of others his age were “living ridiculously expensive lifestyles while thinking they were completely normal”, Adeney and his wife were saving thousands to reach the goal of retiring in their 30s. Adeney officially retired from his “real job” in the tech industry in 2005 and later started the blog that has garnered attention from thousands of followers

“If you’re going to become rich, you need to either earn way more money than you spend, or spend way less money than you earn. This is the basic math of it, which even the worst complainypants cannot dispute.” – Mr Money Mustache.

Adeney took the “spend way less money than you earn” route to reach his goal of retiring at 30.

Here are a few tried and tested methods Adeney has for slashing household spending and socking away as much cash as possible for early retirement or a big savings goal.

It’s obvious, but small daily expenses add up. Throughout the blog, Adeney’s frugal examples pack a mathematical punch when he crunches the numbers for readers on what their daily expenditures amount to over time, challenging them to think of a recurring expense not on an individual basis but over a decade if they invested what they spent. A $100-a-week restaurant habit adds up to $67,454.00 over 10 years, including compound.

It’s a pretty compelling method to change your mindset around daily expenditures. Punch the number of your daily expenses into the Money Smart Compound Interest calculator to see for yourself.

Put the brakes on your car habit

Adeney evades the expensive cost of car ownership by cycling around his hometown of Longmont, Colorado, where possible. Even if you do own a car, he advocates being judicious about where you take it.  “Paying for parking is a sign from God that you’re in an area not designed for a car,” he says. “You are fighting the design of your city.”

According to the 2016 Transport Affordability Index Report by the Australian Automotive Association, a  typical two-car Sydney household faces weekly transport costs of $424 – or $22,050 a year – ahead of Brisbane and then Melbourne at $19,409 and $18,575 a year respectively. Think about improving your health and wealth by car pooling, using public transport, cycling or walking where possible.

The 2016 Rabo Direct Food and Farming report shows Victorians spent an average of $149 a week on their grocery bills and as nation, we scrape a staggering $10 billion of food waste off our plates and from our fridges into the rubbish. Wiser spending in the grocery aisle can shave hundreds of dollars a month from your food bill and minimise waste.

Adeney says the grocery store is the only shop he visits more than once a month, but he is vigilant about steering clear of convenience and pre-packaged food.

Reducing meat consumption, shopping your pantry first – to avoid double purchasing – and not being afraid to dabble in the “home brand” arena are simple ways to reduce grocery spend.

Adeney’s methods can be extreme, but there is no arguing they are effective. With one son, Adeney and his wife describe themselves as having a life of abundance, but spending on average just $24,000 a year. He’s on a mission to make you think about how you spend every dollar and achieve financial freedom through frugality. One DIY hair cut at a time.