Books to read to move from loathing to loving finance

One of the revelations of 2017 was the popularity of Scott Pape’s updated personal finance book The Barefoot Investor. It was the highest selling book of the year, with 438,000 copies sold. I loved its no-nonsense, common-sense approach to creating financial independence.

The book addresses one of the key challenges in educating ourselves about money. Often finance can be either intimidating or boring. Pape is one of those gifted communicators who can cut through the jargon and connect with young, old, experienced and novice investors alike.

Economist Daniel Kahneman was awarded the Presidential Medal of Freedom by former US President Barack Obama. His story along with Amos Tversky is told in The Undoing Project. Photo: New York Times

This is important as there is lots of evidence that engagement plays a critical role in successful learning, enhancing both comprehension and ultimate capability. Being interested is central to being in control of your own financial destiny. Here are some fantastic books to turn learning about money matters from a burdensome chore into a pleasure.

Anything by Michael Lewis

Michael Lewis is best known as the author of the books that became the hit movies Moneyball, staring Brad Pitt, and The Blind Side, which won Sandra Bullock an Oscar. However, Lewis started life as a bond salesman for Salomon Brothers in the heady days of the late 1980s. He chronicled his adventures as a young hopeful on the dealing room floor in Liar’s Poker. While the culture of investment banks has (hopefully) moved on from the excesses that Lewis depicts, it is a rollicking read and a very helpful insight into some of the very human elements which drive markets.

Lewis’ incredible talent for explaining complex topics in an accessible way is on full display in his exploration of the global financial crisis in The Big Short, subsequently made into an Academy Award-winning feature film. He expands on the theme in Boomerang: Travels in the New Third World, tracking the cultural causes for the financial disaster, including what Lewis describes as the German national obsession with excrement.

While Lewis’ work can be read for pure enjoyment, there is plenty for both beginners and seasoned market professionals to learn from his extensive research and captivating real-life stories. Flash Boys details the radical change underway within investment markets, with tiny fractions of time becoming the means by which high frequency traders obtain an edge over retail investors and professional fund managers alike. The story is largely told through the eyes of Brad Katsuyama, an institutional stock broker with Royal Bank of Canada who was so incensed by what he felt was unfair “front running” by high-frequency traders, he started a whole new stock exchange from scratch, designed to even the playing field. The new US exchange, IEXhas inserted a tiny “speed bump” into the trading process, so that all investors have access to information at the same time.

Lewis’ most recent book is The Undoing Project which explores the friendship between the remarkable Israeli social scientists Amos Tversky and Nobel prize winner Daniel Kahneman, who together fathered the field of behavioural economics. The protagonists are as intriguing as any great fictional characters and their long collaboration not only produced ground-breaking academic achievements, but moments of such poignancy that reviewers have admitted to finishing the book in tears. 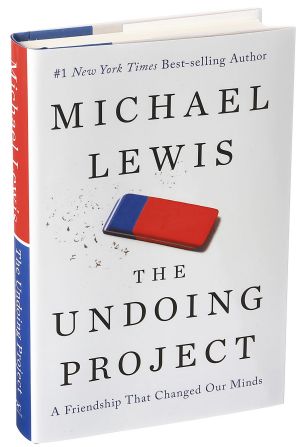 Israeli-born Dan Ariely appears to be the natural heir to Kahneman and Tversky, and his book Predictably Irrational presents anecdote after amusing anecdote of how we often not only fail to act in our rational best interest, but we do so systematically. By helping us understand how the wiring of our brains causes these mistakes, particularly with money, Ariely seeks not only to entertain, but to help us avoid the most egregious.

Melding pop culture with economics, Freakonomics is a fabulously entertaining collection of real-life examples of how incentives drive behaviour. The book, its sequels, subsequent blogs, podcast and film have encouraged millions to look at the world in a whole new way, using economics to understand some of the less comprehensible aspects of everyday life.

In addition to books, a proliferation of terrific blogs and podcasts are now providing high quality, bite-size financial insights. Finding ones that resonate with you may deliver both leisure and learning for long-term benefit.

Article by Catherine Robson. Published by The Age, February 4, 2018.