Barbara Bates is Global CEO of award-winning global communications agency Hotwire and co-founder of Eastwick, one of Silicon Valley’s premier communication firms. She’s been called the Valley’s godmother of PR and is a respected connector and participant in the tech ecosystem. An industry thought leader she’s been published in Entrepreneur, MediaBistro, PR News, PRSA’s Tactics, and PR Week.

In this week’s Success Story, Barbara talks with Catherine Robson about the value of designing effective employee engagement, the future of PR and being driven by failure. 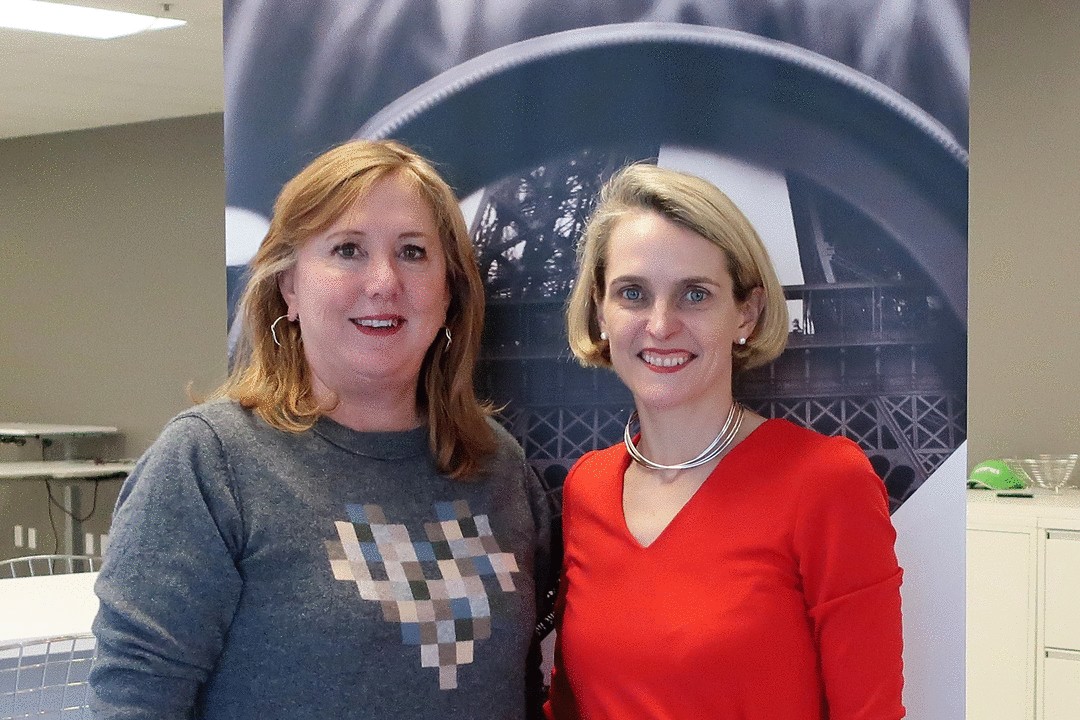 Originally a broadcast journalist, Barbara switched paths to marketing and communications when relocating for work as a reporter became too disruptive.

“I’d gotten married and decided it wasn’t fair to have my husband travel around the country as I took my next bigger job then next bigger job as a reporter” recalls Barbara.

“I was a really good writer and communications is key to being a television journalist so I applied that to marketing. I got my first marketing job in Silicon Valley right before the big rush in technology in the early 80’s.”

The opportunity later arose to join two other friends in co-founding Eastwick, which would become one of Silicon Valley’s most respected PR and communications agencies.

“We decided to be an employee first organisation, which sounds sort of trite but when you are a service organisation like communication agencies are, to say that you’re going to put your employees first over clients is a huge deal, but it made business sense” says Barbara.

“When your employees are your product; basically that’s what we sell, the expertise and skill set; attracting, developing and retaining talent is job one”.

Ahead of other agencies, Eastwick adopted innovative workplace practices including Results Oriented Work Environment (ROWE) and encouraging employees to design their own career path in the agency.

“When I think about what it was like to manage not only being an owner but wanting to be a great employer, I think it comes back to really staying true to my values. We always wanted to build an organisation that we wanted to work in. So, when that’s your checkpoint, your litmus test, you tend to make decisions on behalf of your employees that also benefit you” says Barbara.

Winning multiple industry awards, working with the likes of HP and Facebook and maintaining an impeccable industry reputation over decades takes impressive leadership.

“You start your own business because you’re passionate about what you do but you aren’t necessarily an experienced business person.”

“One of the things I think that has been key to my success is I’ve always invested in professional development as CEO” say Barbara.

“I’ve never really used work life balance, I use work life integration because it’s never really balanced. I kind of take that same view of my workload. There’s times when I need to be heavily focused internally and do some work in change management and employee development and there’s times when I need to be extremely externally focused when we’re looking to grow and build up our profile”.

A fiercely independent agency for 25 years, Barbara turned down numerous offers to buy Eastwick but in 2016 she was enticed by a deal from UK firm Hotwire.

“It became apparent that our clients were looking for global support. We had partnered with a couple of agencies in Europe to be able to offer that global support and an agency called Hotwire was one of them. We worked together for 10 years, we really liked each other, there was a lot of synergies” she says.

Rather than slow down, Barbara actually took over the Global CEO role at Hotwire after the acquisition, and she is relishing the change and boldly steering the agency into new territory.

“You can never stay still. By staying still you’re moving backward, especially in this market. You constantly need to be innovating. Trying new things, pushing forward, taking risks and opportunities when they come” she says.

“Media relations is still incredibly important but it’s just once piece of the puzzle.”

“I’ve always been driven by a fear of failure, right or wrong, that’s been part of my DNA. So I have forced myself over the years to take risks.” explains Barbara.

“One of the reasons I think I was given the opportunity to take on the role of Global CEO of Hotwire was that part of me. I have an ambitious streak and I think if you’re ambitious, you have to be a bit of a risk taker.” she says.

“I think we’re at a point of the lifecycle in our industry that agencies that are willing to try new things and be ambitious and take risks are the ones who will survive”.