What The Handmaid’s Tale teaches us about money 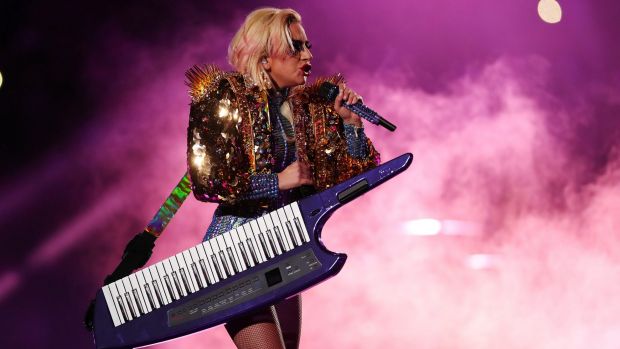 Troy Carter dreamed of being a rapper when he was growing up in the rough part of West Philadelphia. The son of a single mother, whose father served 12 years in jail for murder, he dropped out of school and managed to hustle his way into the orbit of Will Smith, also a Philadelphia native. After a short time signed to Smith’s record label, he found his true talent was managing other musicians.

With a can-do attitude and determination to succeed, Carter founded his own management firm and soon flourished. He signed the then little-known rapper Eve and helped her not only make records, but expand her career into film, television and a fashion line.

Carter sold the business in 2004 for more than $2 million, spending the proceeds on houses, cars and lavish new offices. However, over the next two years the deal with the purchaser fell apart, Eve fired him as her manager and not only had he spent all the money from the sale, he was severely in debt.

Carter’s car was repossessed, his home mortgage was foreclosed and his wife and mother sold their respective wedding rings to forestall eviction from their house.

Looking back on this time, Carter believes he was suffering from financial post-traumatic stress disorder (PTSD).

In line with PTSD experienced by survivors of physical trauma, Carter was repeatedly reliving the experiences of his past. The anxiety and fear experienced as a child about having money for food and rent were inhibiting his ability to make sound financial choices as an adult.

The phenomenon is more common than you might think. A study in the US indicates that nearly one in four Americans experience PTSD-like symptoms as a result of acute financial stress.

Even if you have not experienced financial trauma, many of us engage in what psychologist Dr Gay Hendricks describes as “upper limiting behaviours”.

In his book The Big Leap, Hendricks explains that most of us form a set of beliefs about ourselves, and our place in the world, in childhood. These beliefs form a kind of “thermostat” to the maximum amount of wealth and happiness we subconsciously feel we deserve. Unwittingly we can self-sabotage when we feel that we have exceeded this upper limit. It’s the reason lottery winners so often quickly return to their pre-win financial position, but also why we often pick a fight with someone close to us, or get sick right after a positive event or achievement.

Hendricks writes the cure for upper limiting behaviour is relatively simple. He suggests making a list of the behaviours associated with upper limits in your life. For example, excessive worry about things you cannot control, unwarranted blame and criticism of yourself or others, deflection of compliments or positive feedback, arguments or chronic illness. Monitor your life and, when one of these manifest, ask yourself if this is actually a reaction to moving beyond your upper comfort zone.

For Carter, embracing this mindful approach really worked. When he was at his lowest point, a friend introduced him to a young singer, Stefani Germanotta, who had just been dropped by recording label Def Jam Records.

With his understanding of female artists and fashion from his time with Eve, and his very limited resources forcing him to pioneer a new approach to distribution via social media channels such as Facebook, Carter helped her become Lady Gaga, one of the most successful female artists of all time. Their joint success has even been chronicled in two Harvard Business School case studies.

The difference for Carter the second time around, was that when challenges presented themselves, including Lady Gaga leaving for a new manager, he had not over-extended his lifestyle and had built an impressive list of other clients allowing his management company to continue to thrive. He also wisely invested the funds from the boom years, taking stakes in more than 40 start-up companies, including Spotify, Warby Parker, Songza, Dropbox, Fab and Uber.

What could you achieve if your negative financial experiences from the past were not holding you back?