Protect your children against the things you can’t control

Siobhan Hayden is the Board Advisor and Chief Operating Officer of innovative fintech startup HashChing, Australia’s first online marketplace for home loans. Former CEO of the Mortgage & Finance Association of Australia (MFAA), she’s also held senior operating roles at Finware and Woolworths. In this week’s Success Story she talks with Catherine Robson about working on the front line of Australia’s burgeoning mortgage market, the role martial arts have played in her career and the profound impact surviving a rare type of cancer has had on her life. 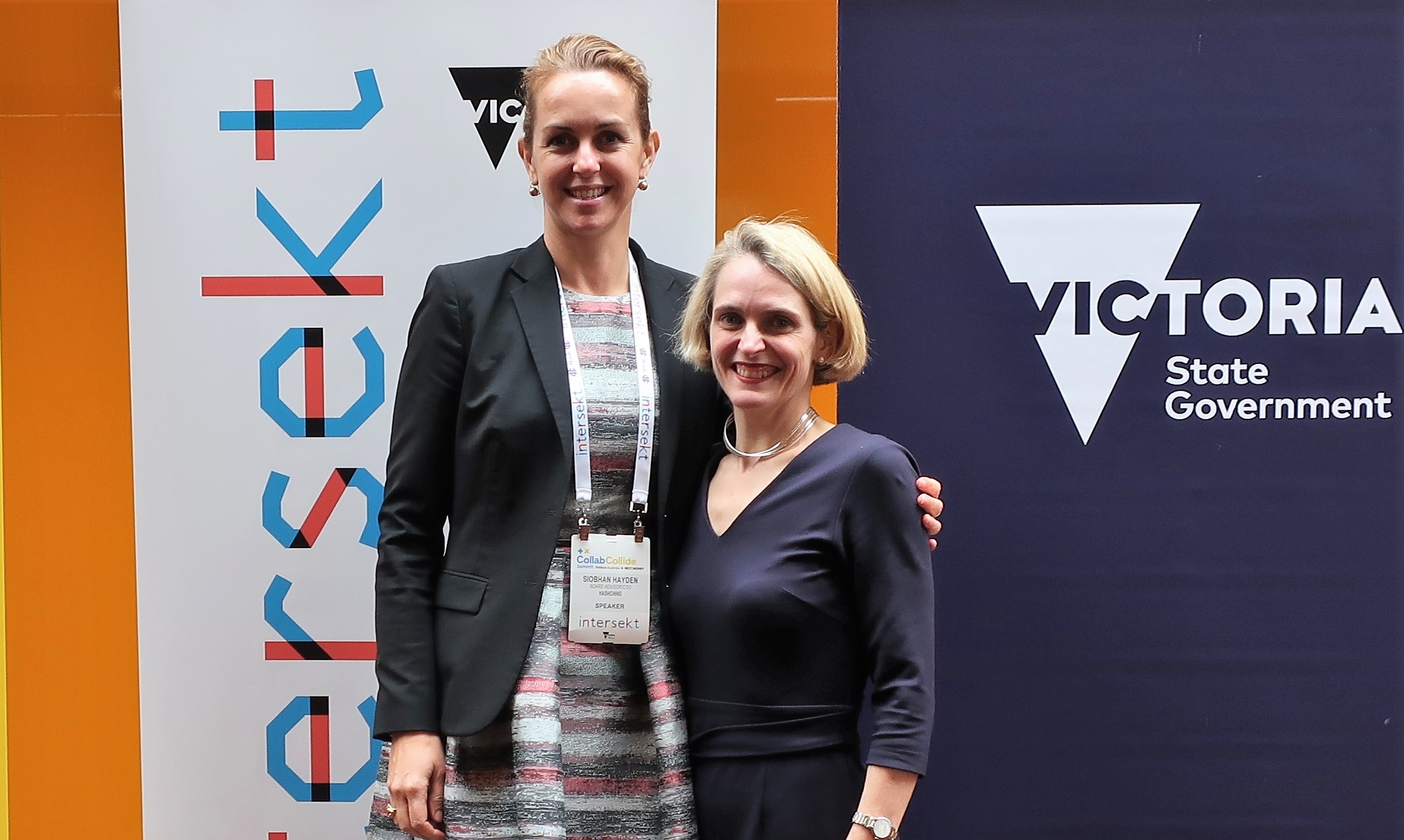 Siobhan’s career trajectory hasn’t been a linear one, her tendency to say yes more often than no has opened up a series of exciting opportunities since starting out her career in hospitality management.

“I have a habit of saying yes to most things and I encourage people to say yes to things before they actually say no. I think we’re quite quick to pull ourselves out of situations or opportunities” she says.

After hospitality management, she moved into human resources, including a role at Guinness in Ireland, then onto industrial relations in logistics and warehousing. After completing her MBA, Siobhan joined mortgage broking and software business Finware in 2008 as operations manager and later the role of CEO at the Mortgage + Finance Association of Australia (MFAA).

Leaving MFAA, she spent some time consulting before joining HashChing in 2016 in a Board Advisory role and was later appointed as COO.

“When you as a customer are looking for options, you then start talking, when you disclose how much you earn, there may be a bit of a discount offered to you, when you say how much you’re borrowing and it goes over a certain limit, there may be another discount. We basically show you those discounted rates from the front end” explains Siobhan.

Products are a combination of both major lenders, non-major lenders and credit union mutual lender product with nearly 700 broker partners around the country. HashChing’s innovative broker rating system is an Australian first.

“When that partner closes that lead, whether they did or didn’t secure finance for the customer, the customer is then asked to rate the performance of that broker. That’s never been done in Australia.” says Siobhan.

An energetic mum of two, Siobhan prioritises her family time but loves the challenges that come with being at the helm of a startup.  Women in leadership roles in fintech may be rare but Siobhan has some advice for carving out a successful path in the startup space.

“You’ve really got to back yourself and women, inherently have traditionally not been willing to step up and take on that next role until they’re 100 percent competent in their current role whereas you sort of see your male counterparts jumping in at 50% cooked saying ‘Where’s my next gig and I want that’ and I’m not saying either one is right but if you want something, you really need to make it happen for yourself”.

She’s trained in 4 types of martial arts and this discipline has had a profound effect on her career and life now.

“The notion of wearing a gi, which is the outfit you wear when you’re a practitioner, means everyone is even. There’s no rich, there’s no poor, there’s no male, there’s no female, there’s no black and no white. Everyone on the floor in the gym is the same and you only really progress to the next belt when you have been able to demonstrate competency” she explains.

“It deeply informs how I run my life now and how I approach jobs. I didn’t expect to get a leg up or an opportunity in a career unless I could demonstrate competency, but I was always eagerly looking ahead to what the next belt was.”

Siobhan is also a cancer survivor, diagnosed 9 years ago with an extremely rare form of ovarian cancer.

“The cancer I was diagnosed with, 60 women have had it in the world in the last 30 years.” says Siobhan.

“That was quite a rapid head spin to be honest and it was very confronting for quite a while”.

Understandably, it was a life-changing experience. One that taught her not to catastrophize but instead to put things in perspective, be grateful and have a good time.

“You do a lot of deep diving. You do a lot of thinking and I suppose I no longer catastrophize things because, in business, you have widgets, you move things forward, you ideally grow and you’re ideally successful. But if you don’t for 1 or 2 months, ok reposition, measure, move forward again but we’re still alive, we still get out of bed, we still breathe”.