Michael Apted’s ground-breaking documentary 7 Up, which followed the lives of 14 British children from age 7, has just released its latest instalment, 63 Up.

There is plenty to learn from the lives of these first reality TV subjects. 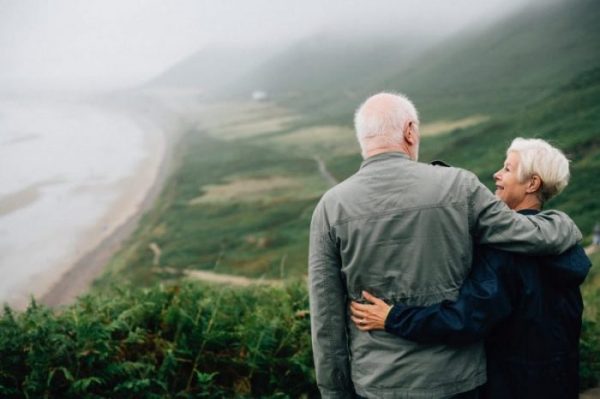 The striking feature of the most recent edition is how genuinely happy and settled participants appear, notwithstanding the numerous challenges of aging.

Somewhat counter intuitively, life satisfaction seems higher at age 63, than at ages 35, 42 or 49, when participants were in their physical and professional prime.

This mirrors recent studies which suggest that happiness across life is U shaped.

We are most content as children and in our twilight years, with happiness sagging in middle age.

The work of economists David Blanchflower and Andrew Oswald finds that on average discontent peaks at age 46, across the 80 countries studied.

This prompted award-winning writer Jonathan Rauch to pen The Happiness Curve , suggesting that the burdens of expectation, ambition, work, family and financial demands are followed by gratitude, wisdom and reflection once we have passed through middle age.

Here are some tips to avoid sinking deeply into the happiness nadir and accelerate out the other side:

Avoid gearing up for lifestyle purchases

Tony Walker, the popular London cabbie from the 7 Up series, took a second mortgage on his home in his 40s to buy a holiday house in Spain, with a view to opening an expat sports bar.

He did not make the financial killing he expected and, after selling up and returning to England, finds himself at 63 still working long hours as a cab driver with diminishing returns with the advent of Uber.

Recent research suggests that an increasing number of Australians are entering retirement with substantial debts still to repay.

For those over 65 the proportion with home loans increased from 7 per cent to 12 per cent over the same period, increasing financial stress as earnings become less reliable.

Resist the urge for a holiday house, pool or parent’s retreat in your 40s and you are more likely to be enjoying life in your 50s and beyond.

As the participants in 63 Up become increasingly satisfied with their own lives, they seem less interested in comparing themselves with fellow participants.

There is plenty of scientific evidence  that the less we compare ourselves to others, the happier we are.

The sooner we can allow our focus to broaden from our own achievements and take joy in the progress of others, the more satisfied we become.

There is much debate about whether divorce, on average, results in more or less happiness.

However, what is clear is that the financial implications of divorce in middle age reverberate well into retirement.

According to research by the Australian Institute of Family Studies people who divorce in their 30s or 40s are still feeling the financial pain well into their 60s and 70s.

7 Up participant Lynn Johnson and her husband created an enduring relationship built on compromise, support and respect, despite marrying at only 19.

Being able to weather middle age together can pay both financial and emotional dividends in later life.

Author Jonathan Rauch, at age 60, is happier than ever.

He wishes he had known how much better life gets when he was in the trough of the happiness curve because, as he says: “It’s worth the wait.”