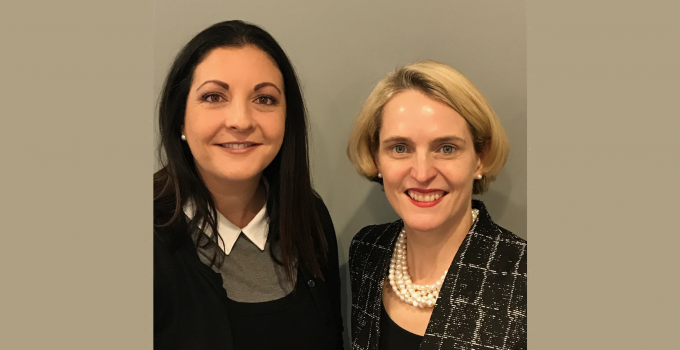 As an 18-year-old Kate Seselja saw no harm in following her boyfriend to the bank of pokies at a club and having a go. The psychological design of the machines triggers the same reaction in the brain as cocaine and caused an addiction that nearly ruined Kate’s life.

Now awake to her emotional functions and back in control Kate runs The Hope Project, which helps people live a sustainable, mentally healthy life and is an ambassador for the UN’s Sustainable Development Goals (SDG). In this Success Story, Kate explains how she conquered her addiction and is now helping others.

Kate’s gambling addiction didn’t build incrementally, but it struck when she was experiencing a challenging time in life. She’d enjoyed playing the pokies with her boyfriend when she had turned 18 and left them behind when that relationship ended. Later she met her husband and as they built their life together, she saw an opportunity to help them get ahead.

“It re-emerged after we had had our first child and I was pregnant with our second, living with my in-laws, building our own home, and running our own business, all at 23. It was an overwhelming period of my life. One night I was in a venue and I got retriggered and heard the sounds again and thought, oh do you remember that time that you put that money in and you won, maybe that will happen again and I can get the house built quicker and we can get out of this situation, but of course that didn’t happen.”

“I started when I was 18, it’s everywhere and it’s so normalised, I didn’t realise it was an issue for a little while, but even still in struggling to control what I was spending on the pokies, I still kept thinking oh well maybe it’s just me.”

Australia has just 0.5% of the world’s population but 20% of the world’s slot machines. State Governments make over $5 billion dollars a year in taxes from the industry, which is a large donor to political parties and a powerful lobbying force. Kate has seen the effect this purposefully addictive pastime can have on lives

“I think the number one issue with what’s happening with addiction is self-awareness, we’ve not been educated in a way that we’re grounded in personal intelligence and emotional intelligence to allow us to know how to be a functioning human being”

“2003 was the first time I reached out to Lifeline, it was about 3am and I was just in a ball crying trying to figure out how to keep taking the next steps. It was impacting my marriage, it was impacting our business and you know I was just desperate. It was years of thinking I had it under control and I didn’t, years of thinking I was OK and I was not.”

Always looking for others to solve her problems, Kate finally turned the corner after many attempts at therapy.

“I was going along to therapy one more time, not filled with any hope whatsoever that there could be a different outcome, the counsellor really sought to help me with my self-esteem. I was not aware that that was something that had been so destroyed by the whole twelve years of gambling.”

“I had to write a list of ten things I liked about myself, that was extremely hard, I just burst into tears. I actually said to her can I list my children individually, there’s more than half the list, I can come up with four other things surely. It was just so hard for my brain to even go there to think that there was something redeemable about me. I just put myself in this category of you know, I don’t deserve anything.”

“And when people would pay complements to me, you know say I was a good mother, say I was a good wife a good friend, I would straight away in my head think, yes but if you really knew me you wouldn’t say that.“

“That was something I had to pay attention to, they were the words that formed the list because I thought maybe they do know me but I don’t know myself anymore. So that was when I started to try and have a relationship with myself again and look at things from a different perspective.”

Kate has started her own organisation, The Hope Project, to deliver proactive prevention education while working as an advocate for the United Nations promoting their Sustainable Development Goals around the world.

“We just haven’t been given the skills and awareness to move through life effectively. It just breaks my heart, we’ve got such a high suicide rate, people are just breaking at every turn and there is something more we can do about it. That’s why I talk at workplaces, at schools, in Uni’s. Pain is universal and it’s been just as effective overseas as it’s been here, because we’re all the same in that sense but we’re all uniquely special in what we are supposed to contribute to our world, and I’m grateful that I’ve discovered what I’m supposed to be doing.”

In the podcast Kate describes her path to wellbeing and how she discovered what she is supposed to be doing.