Elesha Piper is at the beginning of her success story. It started when she found herself financially overwhelmed. 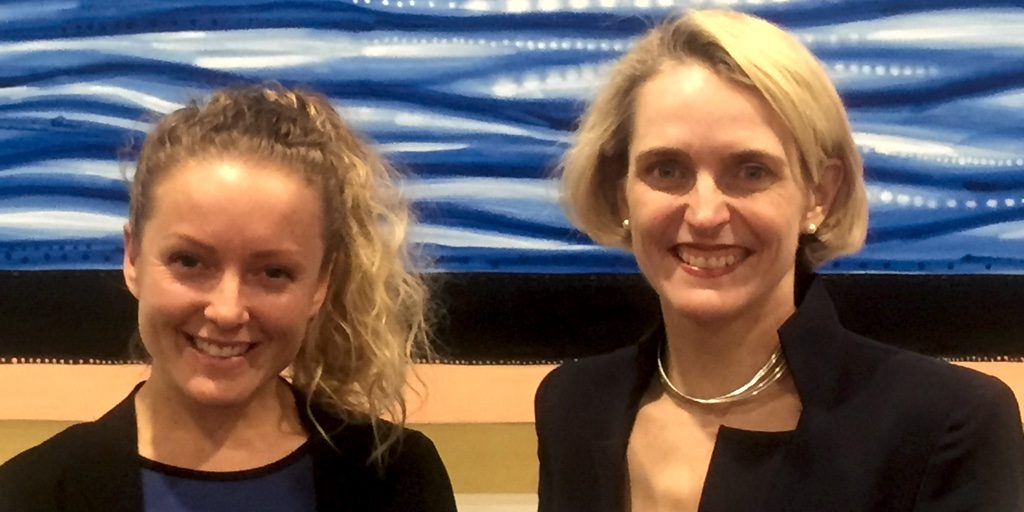 Elesha tells Catherine Robson how she turned her financial situation around and how she is using her story of transformation to bring a community together and start her own business.

“Basically, I had no savings, no job and I was about $15,000 deep in personal debt with no assets, and a huge interest rate.”

The turnaround came from the internet.

“I became obsessed with blogs on personal finance, on getting debt free. Suddenly I was connecting with people on the internet and seeing, oh my gosh it’s not just me, people are in a lot more debt than I was so that was quite comforting in some ways.”

“Practically, I stopped buying stuff. I just spent so much money on crap really, so that was my focus. There was no cutting back. It was just – you need to stop buying stuff.”

She channelled her often confronting, often funny experiences of shedding the debt by writing about them.

“I basically blogged anonymously for the 14 months that I was paying off the debt, it was awesome, so cathartic, I could be like, oh my god I just want to buy this, but I can’t, and I’m such an idiot for getting into so much debt, or other times I was like, yes! I’ve not spent any extra money this week. I got some followers and people cheering me on and it was great.”

“I came across minimalism as a lifestyle again via blogs, there’s a lot of interlinking between debt freedom, not owning very much and having a very simplistic approach to life and it all kind of weaves in together.”

Her own experiences and desire to understanding our relationship to possessions led Elesha to start her current blog, Minimise to Maximise.

“Minimise your stuff, maximise your life and again I was writing around my personal experience with minimalism. About a year ago I had a post that went viral on the internet and my Facebook page went from 170 people liking it to over 15,000 in a week and a half. I suddenly had a lot of interest from people asking if I did coaching and all these kinds of things that hadn’t even crossed my mind.”

Elesha is now starting her own business while continuing to work full time.

“A lot of my audience is now outside of Australia, so throughout last year I was doing a lot of virtual coaching I was also working with people in their homes here, helping them declutter. I also did a class as well last year, and still blogging and writing in between, as well as working full time.”

After hitting a wall late last year and experiencing burnout Elesha again turned to the internet to gain focus and discover where best to direct her energy.

“Niche plus the internet is just a success bomb waiting to go off.”

“A blogger in the states I was co-hosting a webinar with pointed me towards Mariah Coz who is an absolute gun, she’s an American course creator who also teaches people how to turn their blogs into profitable businesses, but her focus is creating communities around the issues that people face. And that’s what I’m interested in, creating a community around this issue, where they are supporting each other to declutter, or they are decluttering themselves.”

Minimalist Bootcamp, Elesha’s first online course, is about to launch. It’s an efficient way to reach more people without spreading herself too thin. So what’s the secret to juggling a start-up, a full-time job and a vibrant social media presence?

“I have become a time management ninja, which is something I’m talking about in the course as well, the course is thinking about your relationship with stuff, decluttering your physical stuff getting your digital clutter sorted as well. And finally, because you’ve got all this time now, how to use that time better.”

Elesha hopes that her success in beating debt can be her future legacy.

“I feel like there is so much opportunity to tell a story about how you’ve solved a problem, the Internet makes it so easy to spread the word, to be a guide for someone. Because I feel that’s how I got to this point, it was other people and their stories. I hope to one day be the success story that other people look to and go, you know what, if she can do it so can I.”