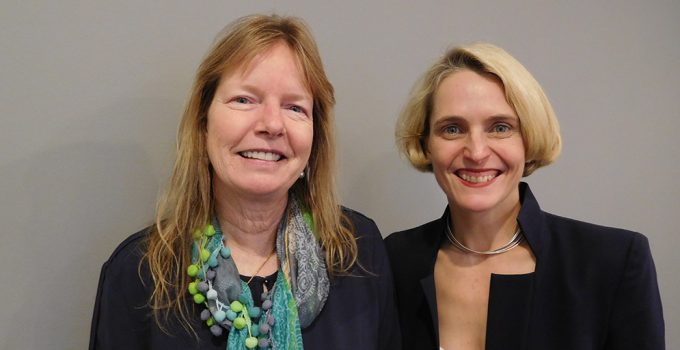 Leonie Walsh was a hands-on kid. Growing up in a small rural town she chopped wood with her dad, hung out at truck depots and was fascinated by chemistry and mathematics. Victoria’s Lead Scientist from 2013 – 2016, Leonie is an advisor and leader in technological innovation. She’s an outstanding woman of science but her global career spanning 30 years hasn’t always been a smooth ride.

In this Success Story, Leonie shares with Catherine Robson how she took a huge career risk to remain true to personal priorities and why a frugal approach to finances gives her freedom to take on roles for love, not money.

Leonie Walsh was fascinated by anything scientific as a kid. Attending a small technical college in her hometown of Mildura she went on to complete a MSc, BSc in Applied Science at Swinburne University.

Undeterred by the fact it was an unusual choice for a woman at the time, Leonie embarked on career in science. She was propelled into the male dominated industry spending the first 20 years of her impressive career with Dow Chemical Company where she rose to Director, Global Product Delivery.  While she loved her job and spent time working in the US and Asia, the distance from her family, still living in Mildura, began to weigh on her. Choosing to prioritise her life outside of work, Leonie made the difficult decision to leave Dow.

“It was for family reasons, my parents were getting older and my husband’s father passed away. We never had an intention to be permanent expats and so it meant giving up my job, because they didn’t have a position at that level in Australia.”

Her colleagues had a hard time understanding why Leonie would give up a successful career in the US and go back to Australia to nothing.

“It was a huge risk, but at times you have to look at the environment that makes you happy and content and what your priorities are as a person and then trust that the other side of it will eventually grow to fit that.”

She and her husband returned to Australia where she plunged into a challenging time of job uncertainty.

“It was very tough coming back, I had no networks, the whole market place had moved on. I was experimenting in different types of roles, I took a sales management role, I opened my own company, I did some contracting work and it took quite awhile, in fact, I still don’t think I’ve found the fit, that level  of comfort, that same alignment of values that I had with Dow at that point in time”

When financial priorities are the driving force behind taking a job, it’s easy to end up in an unfulfilling role just to pay the bills.  Leonie’s experience is a shining example that sound money management gives freedom of choice. Her frugal approach to finances gave her breathing room to move on from roles she was no longer fulfilled by, without the additional stress of money.

“I’m a very frugal person, I grew up in a working class background, and have a healthy respect for my money and other people’s money”.

“It’s about managing, not wasting, but respecting the money that you’re earning and living to a lifestyle that’s fairly consistent. I’ve had occasions where I’ve been paid out of roles, such as the one with Dow, and that money all went away. It was put aside, I didn’t need it to maintain the lifestyle that I had. When I’ve left roles because I’ve been uncomfortable with the leadership and direction, I’ve left them without a job to go to, I’ve had the buffer”

“I know I’ve got the money sitting there to tide me over until I find that right fit, that right company where I can start to fulfil my earning potential again.”

Her absolute  love of learning has played a major role in her impressive career but her best investment has been spending time building her support network, with a focus on friendship first.

“It is an investment, it’s one you do, not for any gain or return, but just because they are valuable friendships and you get a lot out of them, but it’s incredibly rich as well. You find that a lot of those investments do pay off, regardless of the fact you get so much personal satisfaction from them”

In the podcast, Leonie talks about what we can do to equip kids with the skills they need for future workforce, highlights of her 3 years as Victoria’s lead scientist and her favourite research tool to stay on top of industry trends.