Catherine Fox is one of Australia’s leading commentators on women and the workforce. For over a decade, as deputy editor of the Australian Financial Review’s Boss Magazine, she was best known as the Corporate Woman columnist. She’s now part of the gender equality advisory board to the Australian Defence Force and an associate fellow of the Centre for Ethical Leadership. 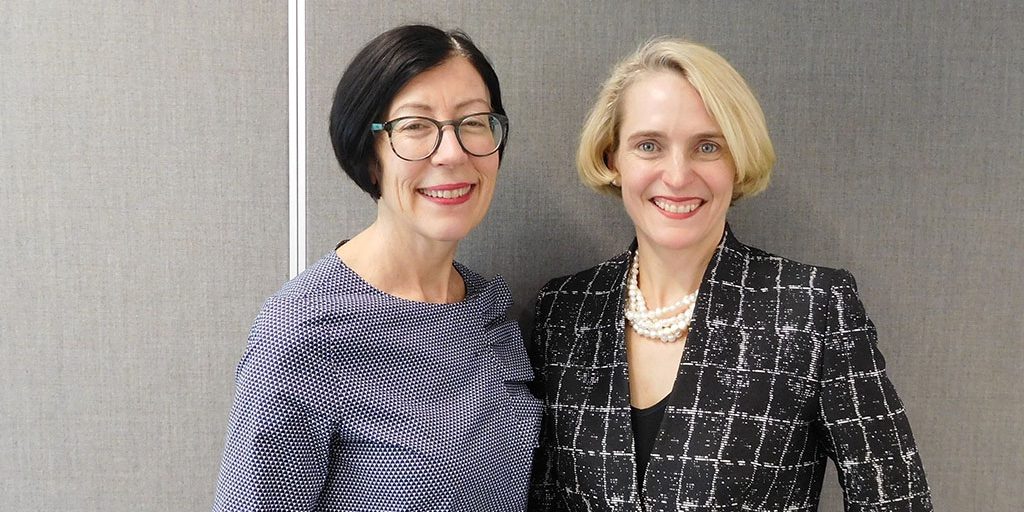 Catherine discusses the current state of gender in the workplace in her new book, Stop Fixing Women which explores the idea of making workplaces more humane for both men and women to achieve greater productivity and wellbeing.

A traditional catholic upbringing in Sydney gave Catherine an early sense that something was wrong.

“I just realised very early on that women were treated differently, as I saw it. Particularly around the church, we were educated in the Catholic system. A formal hierarchy that made it clear that women were not equal. And then I went to university, that was an absolute eye opener. There were a lot of radical feminists.”

“After Uni I went into financial services, I worked for a bank for a while then I went to the UK and worked for an investment bank, and then I worked for a communications agency, working mainly with financial and city clients as they called them. I always had a hankering to be a journalist, and in fact it was during my time in London I met the Australian Financial Review correspondent over there and she said oh I’ll introduce you and so I came back to Australia and became a mature age cadet, at the grand old age of about 28. I walked into the newsroom and loved it, I knew I’d found my home, my tribe.”

Later she asked then editor Gerard Noonan to give her a crack at the Corporate Woman column. In the early years, Catherine experienced, and wrote about, blatant sexism.

“Women being sacked after they came back from maternity leave because they couldn’t get a shift, which meant they couldn’t pick their kids up, some pretty extraordinary stuff happening right across the board. Typically, in those days I’d get an occasional interview with a CEO who would assure me there was no problem. I always use this to emphasise how important it is to have data, and evidence. They would say to me, there’s no problem because I’ve spoken to the senior women in my organisation, and they’ve told me, they don’t want any more promotions, they’ve got quite enough thanks. One man even gestured to the window and said look how beautiful Sydney is and female workers just want to spend more time out in the sun.”

Over time she witnessed a growing awareness of the opportunity being squandered by not tapping into female talent.

Asking questions and presenting evidence and ultimately changing minds has been the theme of most of Catherine’s work. This continues in her new book Stop Fixing Women, which presents a searing argument that insists women fixing themselves won’t fix the system, the system built by men.

One issue she describes and suggests some solutions for is the imbalance in superannuation contributions between men and women. Women, who live longer than men also still have a wage imbalance and often take time off paid work, to have a family or due to carer responsibilities. Women approaching retirement have on average half the super balance of their male counterparts.

“It’s a massive problem, that needs action. So, in the book Stop Fixing Women one of the examples I site is ANZ’s initiative to provide an additional 1% super contribution to female employees with balances under $50,000.  Now to me that is a really good example of addressing an existing problem and taking proactive steps to address. Of course, it didn’t go without comment and a lot of people said it was unfair, but to me, for a financial services organisation it is completely congruent with their core values and the advice they give to their customers. And I’d love to see more organisations thinking creatively to solve these problems, because we all benefit where human potential is fully utilised in our economy.”

You can hear the full interview with Catherine in the podcast above or on iTunes.