The Best Performing Developed Economy is Not Producing the Best Returns

The revolutionary technology preparing kids for the changing world of work 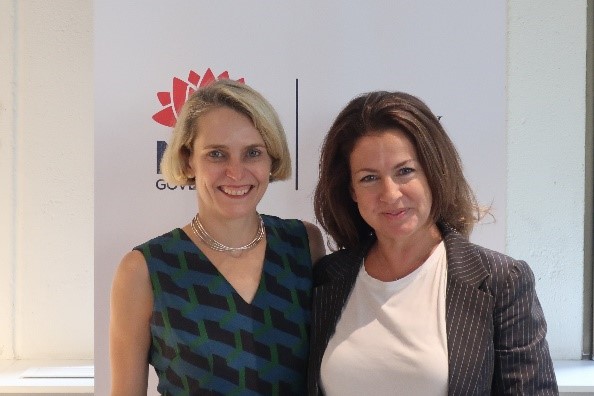 Co-founder and CEO of education tech startup BEcoME, Liv Pennie is helping kids design their happiest possible future and challenging the idea that there’s a single answer to the question – what do you want to be when you grow up?

Liv took the leap from an 18 year career in advertising and product design to tech entrepreneur, to help kids as young as 9 shape their ideal career destiny by using technology. In this week’s episode, Liv talks to Catherine Robson about the future of work, her tips for finding the right co-founder and how not to waste time in early funding rounds.

“Our product is BEcoME and we’re really redesigning how career development is experienced for young people today. We know that the future of work that is here already is dynamic and ever-changing,” explains Liv.

“The current career development model has been in place for almost fifty years without changing.”

“It’s always been focused on one decision, late in high school. Then when they get knocked off course, which we know they do within kind of 18 months, they get stuck. Then we’ve got this huge underemployment and unemployment problem because we haven’t taught people the skills to be able to navigate, explore and design their lives for themselves,” says Liv.

“We actually start the program in years 4 – 8, upper primary.”

“They are absolutely thinking about their future at that stage.”

Liv and her team are designing a learning algorithm that gets to know a user throughout school years and beyond and offer advice for the next best developmental step.

“We’re actually building this long-term AI entity which will be a personalised guide for your life and career, almost a framework for your lifelong learning,” explains Liv.

“Our algorithm is never going to say ‘Here’s the answer, we know all about you, you’ve done all these interest tests and we’ve spat out the answer, like computer says doctor’ we don’t do that. We want them to find it for themselves so it’s really an ongoing, next best conversation, to have with them.”

Like most entrepreneurs who take the leap from established career roles, Liv found some of the the transition challenging to navigate.

“It’s a shift. To go from respected, the top and being established in an area to go to absolute bottom. But I think that’s a humbling and good experience.”

“I think the biggest shock was how resourceful you have to be.” she recalls.

“The first few weeks when we’d gone out and launched, I kept thinking ‘Who’s going to design this little animation I need or there’s got to be someone who can do this’ and there’s nobody there!” she laughs.

Raising capital for the startup also wasn’t as straightforward as Liv initially hoped.

“We raised the first round in November 2017, it was as slow as everyone said it was going to be, I didn’t believe them at first. I thought everyone was really positive about the idea.”

“There were lots of nods and encouragement and not many cheques,” she laughs.

“Every time there was a knockback, I had to go back to the product vision. Most of them were very good at giving me reasons why and what their concerns were so in fact, it really shaped the business strategy.”

“I think the hardest thing wasn’t about taking it personally, but going back to the product and saying ‘No, this is awesome, absolutely this is good, this is why we’re doing it’. Making those refinements but making it stronger rather than letting people chip away at it.” says Liv.

“You can spend a lot of time in the wrong place. I think a lot of people want to chat but I think they might know already that you’re to early stage for them.”

“If I was giving advice, it would be to be really selective and really realistic about who your target investor is at that stage, not later.”

“AirTree Ventures put together a Google sheet that is free to everyone to access and keep updated and that has the angels and VCs and the family trusts and everyone that’s raising money.”

“I think the other big thing is knowing the vertical, so not being blinded by ‘Hey this is a startup event.’ Most of our success comes from advisors and introductions within the education tech space. I’m sure it’s the same for the other verticals.”

“I think that opens a lot more doors than the generic startup world, I think everyone needs all the basic startup blogs and books and everything but I do think the most value we’ve got is from the ed tech vertical and advice from people who have had exactly the same challenges as you.”

“I’m really opportunistic that there’s never been a better time to have the capacity to design the life or career that absolutely suits you. We don’t need to be put in a box any more and say you are that job.”

“We can have a portfolio, we can work from where we want, we can change as we go. I don’t think there’s ever been so much opportunity for people to be happy in what they do throughout their life.”