Elizabeth Proust is a favourite daughter of Melbourne, with a varied career in the corporate and public service sector she brings a wealth of experience to her current portfolio of roles. In this Success Story, Elizabeth tells Catherine Robson about the push for tax reform coming from the Australian Institute of Company Directors, of which she is the Chairman. 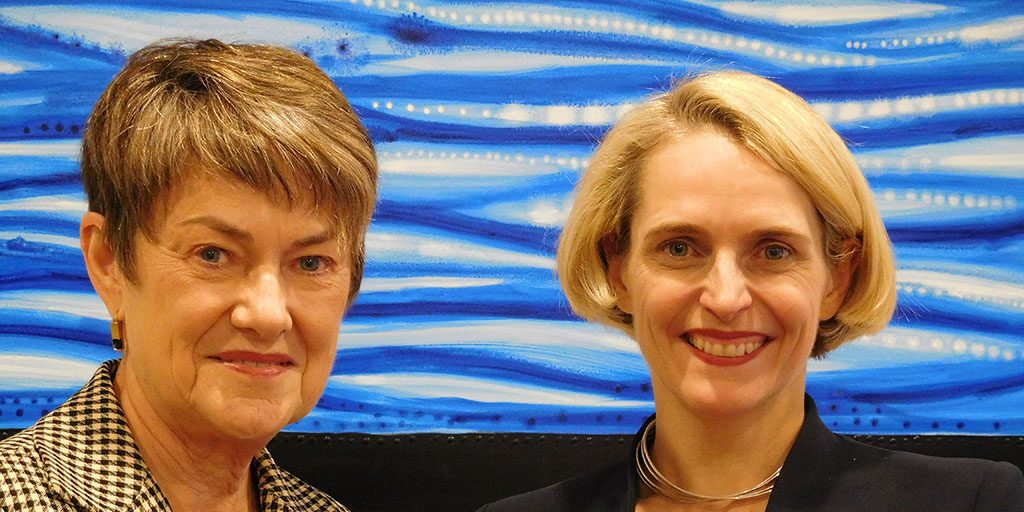 Elizabeth built her profile as the CEO of the City of Melbourne and the frequent public face of the 90’s rehabilitation of the City. She says her strong opinions and leadership come in part from being the oldest of nine siblings.

Elizabeth Proust grew up in country New South Wales, Sydney and Wollongong with 8 brothers and sisters.

“Dad was an optometrist in the days before Medicare and private healthcare funds, he managed other people’s businesses. The longest I lived anywhere as a child, was during high school, in Wollongong but the difference between leaving Sydney and arriving in Wollongong as a twelve-year-old child, struck me as a backward step.”

“The day I finished my HSC I packed up and moved to Melbourne, I took what they now call a gap year, it didn’t have a name then, and worked for the catholic church for a year in Melbourne. And two years later after going back to Sydney and starting at Sydney University, I married the person I met in Melbourne, and then came back here, so with the exception of some time working in London I’ve been here ever since.”

Elizabeth completed two degrees (one usefully in law), started a family (one child) and began working her way up the public service career ladder (with a short stint for BP in London). Throughout her career she developed great contacts and a broad range of experience that led to her being appointed as deputy of the Industry Department.

“All departments then were run by men. In the time since John Cain had been premier he had insisted that there be women on shortlists and that there be women on interview panels. Which was a long way ahead of its time, so the fact that the Public Service at senior levels is roughly 50/50 in Victoria is not surprising. It’s taken a long time, but it’s not surprising.”

A non-transactional approach to networking and just enjoying people for their company led to some happy opportunities, including a role in the Attorney Generals department, where she put her law degree to use. Elizabeth also had a high-profile role as the CEO of the City of Melbourne during the early 90’s that gave her a role in a wide range of public service activities and helped avoid being pigeon holed.

Roles on several high-profile boards followed including ANZ and Nestle Australia and currently Bank of Melbourne. This experience has also led to another role representing thousands of board members and their interests as the Chair of the Australian Institute of Company Directors where she is one of Australia’s most recognisable Company Directors, with confidence to speak up on important issues.

“I guess being the bossy eldest of nine might help. I don’t think enough Directors speak out on issues that are of concern to the country beyond the business community. I think especially CEO’s don’t speak out beyond their work. Some of it’s understandable, I’ve seen people worry about partisan comments affecting their business. But I think that if you do it in a way that takes the debate forward, whether it’s infrastructure, taxation or energy policy I think you’ve got an obligation to do it. I’m fortunate at the Institute of Company Directors that we’ve got a well-resourced policy group who do great work. Often a solo director doesn’t have that backup, the research, but the AICD role gives me a team to back up what we say. But I’m conscious that I’m speaking on behalf of 40,000 company directors.”

The membership of the AICD makes it the biggest Director Institute in the world, which, given the size of our population, demonstrates the potential influence its chairman has in the business community.

In the podcast (above) you’ll hear how Elizabeth Proust balances her portfolio of roles and a very active contribution to community, including a challenging role on the Truth, Justice and Healing Council for the Catholic Church in Australia.

Listen through the player above or subscribe on iTunes.