How to avoid being rich but miserable 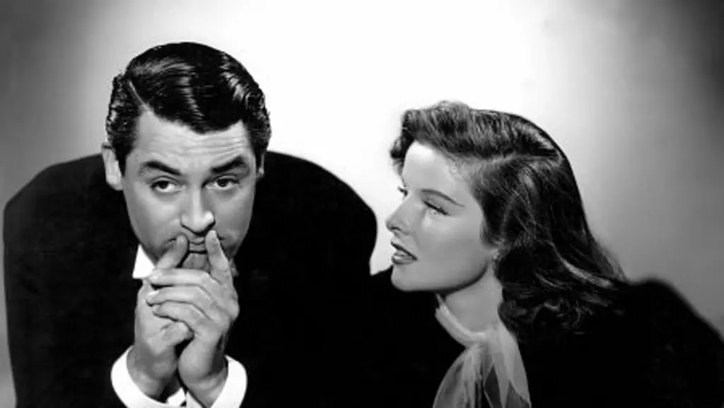 Cary Grant and Katharine Hepburn in the 1938 film Holiday.

Rich people have a reputation for being stingy.

There are many famous examples of wealthy people who are fixated on money, such as actor Cary Grant who marked his milk bottles to ensure his servants did not steal any, charged his house guests for laundry, levied 25¢ for autographs and hoarded all the buttons from his worn-out shirts. This can be compared to developing countries, where travellers are often surprised by the generosity of those who seem to have so little. The genesis of the issue is that the more you have, the more you can feel you have to lose.

Cary Grant and Katharine Hepburn in the 1938 film Holiday.

Given that most of us want to progress financially, how do we avoid falling into the trap of becoming increasingly worried about losing money as we accumulate more of it? One of the best ways is to regularly practise gratitude and generosity. As the end of financial year approaches, here are some smart giving strategies that not only assist others, but help you too.

This service facilitates the donation of shares to a charity of your choice. One excellent application for ShareGift is the disposal of “unmarketable parcels” of shares, that is those with a value below the minimum Australian Securities Exchange tradeable level of $500. Small shareholdings can arise from takeovers, spin-offs, inheritance or falling share prices. For example, it is not uncommon for a reasonable-sized holding in a company of say $2000 to become unmarketable parcels when shared equally between siblings. In addition, it can be difficult to determine the cost base of shares that have been held for a long time, with records of the original purchase often being lost or misplaced when the original owner passes away.

Similarly, having a flutter on a volatile speculative stock, investing $1000 or $2000, can result in an unmarketable parcel if the share price sinks precipitously. Not only does this inevitably lead to some regret, but also the possibility of a capital loss which you are not able to realise and offset against gains on more successful investments.

In each of these situations it is possible to use the ShareGift service to facilitate the disposal of the shares, with the proceeds being directed to a worthy cause. As you receive a tax deduction for the value of shares donated, it solves the problem of missing capital gains tax records and inability to crystallise a capital loss, which can be valuable at this time of year.

In the same way that technology has facilitated micro investing, it is now possible to easily give small amounts to charity via platforms such as Shout. You can use your mobile phone to “shout” a charity an everyday item, such as coffee, food or books. Alternatively, you could shout them a needed supply for their charitable endeavour, such as a lead for a seeing eye dog, or a specified amount of money. While charities have usually been willing to accept even the smallest donation, the Shout platform allows you to act on feelings of generosity immediately, for example when you hear about the great work a charity is doing through a friend or in the media. In this way you can integrate the positive emotions of gratitude and generosity into everyday life, rather than waiting until you feel rich enough to be a significant philanthropist.

You could “shout” a charity a lead for a seeing eye dog.

If you are not so keen on actually giving funds away but still want the benefit of doing good for others, Kiva is a great option. The micro-lending platform was co-founded by ex-PayPal technologist Premal Shah, and allows you to make loans as small as $25 to contribute to entrepreneurs around the world. Projects are as diverse as solar irrigation in Tanzania, rickshaw services in Pakistan and supplies for a manicure business in Paraguay. Kiva directs 100 per cent of your funds into the field, covering administrative costs with other voluntary and corporate donations. You will not get an Australian tax deduction for this one, but Kiva has a 96.6 per cent repayment rate meaning that you are very likely to have your funds repaid, allowing you to either on lend to another worthy project or spend yourself.

Giving away a small amount of our money as our wealth increases can help us avoid becoming rich but miserable.