The road ahead for infrastructure – 2018 Market Outlook

The lessons for borrowers from the car industry 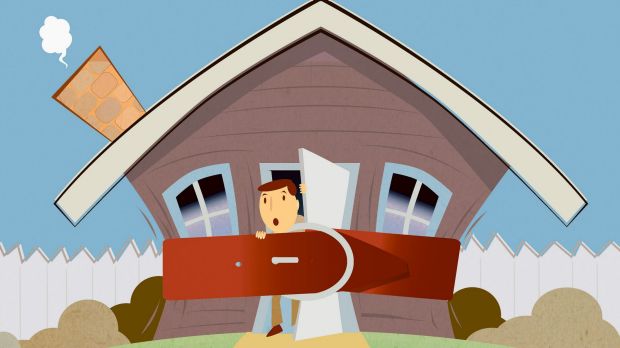 Many Australians are officially in mortgage stress.

Mark Saylor made a heart-wrenching call to 911 as the Lexus he was driving accelerated out of control. The call in 2009 concludes with the car careering into a gorge killing all passengers, including his wife, brother-in-law and 13-year-old daughter. In the wake of the disaster, Toyota recalled 10 million vehicles and paid a $US1 billion fine. Unfortunately, notwithstanding these actions, the complaints about unexplained acceleration have not ceased and are not confined to Toyota vehicles.

This prompted an investigation and excellent podcast by journalist Malcolm Gladwell, who found that there were striking similarities between the instances – not between the cars, but between the drivers and their circumstances. While there were certainly design issues with many of the cars involved, for example, weather mats that could move and jam the accelerator, most often drivers found themselves in an unfamiliar car, and when they experienced an issue they mistakenly engaged the accelerator rather than the brake. Thinking that the brakes were not working, frightened drivers applied more pressure to the accelerator compounding the problem with tragic results.

Many Australians are officially in mortgage stress.

With its devastating outcomes, this issue is highly emotive, and understandably subsequent commentary and safety guidance focused almost exclusively on possible mechanical causes. But in all the warnings and how to’s, one critical step was missing – encouraging drivers to stay calm and check that they are actually pushing on the brake, not the accelerator.

There are some parallels between these automotive investigations and the upcoming royal commission into the banking industry. The royal commission can assist in building confidence in the banking system and ensuring the conduct of financial services organisations are appropriate. Like drivers, as borrowers we can also protect ourselves by following some key behavioural safeguards.

Know what you spend

Mortgage stress is commonly defined as spending more than 30 per cent of pre-tax income on loan repayments. However, many of us exceed this level, over-estimating our loan servicing capacity because we significantly underestimate our spending. There are great tools for keeping track of cashflow, such as Pocketsmith. This online program not only records real time transactions across all your bank accounts and credit cards, but it can also automatically go back and analyse your last 90 days of spending so you can make an informed borrowing decision based on real data rather than just making an optimistic guess.

A traditional rule of thumb is to limit borrowings to three times your gross income enabling full repayment within 10 years. For example, if you earn $100,000 a year, under this measure your borrowings would be no more than $300,000. However, loan levels are now routinely much higher, with loans of more than six times gross income, particularly in expensive home markets like Sydney and Melbourne.

These high loan-to-income levels have been enabled by the increased incidence of interest-only loans. While only paying interest may initially feel positive, failing to repay the principal itself can put you at grave risk of financial insecurity later in life. It also means that you pay much more interest over the full course of the loan.

The royal commission will have maximum benefit if it ensures that well intentioned Australians don’t inadvertently have their foot on the accelerator, borrowing excessive amounts of money trying to get ahead. As what we may really need is a foot on the brake, repaying lifestyle debt, building saving disciplines and investing for the future.

Article by Catherine Robson. Published by The Age, January 16, 2018.