Navigating the Next Cycle

A Year of Changing Narratives

It is almost impossible to overstate how much changed for financial markets last financial year. Inflation in Q1 was initially labelled as transitory, which was technically correct in the sense that it could be isolated to certain items which were very clearly impacted by Covid lockdowns. For example, airfares spiked as people started flying again and shutdowns to manufacturing production through 2020 led to a shortage in used cars. With inflation transitory, and the post lockdown recovery still fragile, central banks were correct in assuming interest rates would not need to rise very much in the short to medium term.

Of course, with the benefit of hindsight it is now clear to see that after more than a decade of low-flation, the combination of pandemic stimulus, low interest rates, a lockdown induced global supply chain crisis and the commodity price spiral from Russia’s invasion of Ukraine kicked inflation almost everywhere to the highest rates in decades. Suddenly, inflation was a problem and central banks needed to respond. The clearest way to visualise this change in narrative is in the US yield curve (below). In June last year markets were essentially pricing no increase in interest rates 12 months forward and only around 1% of tightening in the four years following (yellow line). Now, the Fed has increased US interest rates to close to 2% and is expected to tighten by another 1% over the next six months. 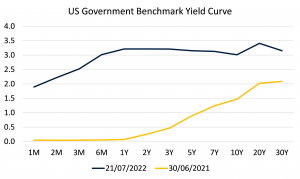 As it turns out, very low interest rates had a lot with extremely high valuations for the most speculative parts of the market. Buying a digital picture (NFT) of a rock for US$1.7 million apparently made sense to someone when the Fed Funds Rate was 0%. At 2% or 3%, not so much. Speculative growth stocks (exemplified by the ARKK ETF) are down around 70% and Bitcoin is down around 50%. Core equity markets also came under pressure from early 2022, hit initially by discount rate related valuation resets and more recently by the risk of an outright recession.

The 10-year investment outlook is anything but benign. Inflation around the world is at generational highs. Central banks are increasing interest rates at a ferocious pace. China’s economy is reeling from too much debt, a changing policy regime and Covid lockdowns. Consumer confidence everywhere is in the gutter. Global equities are flirting with a bear market and long dated bonds have had their largest sell-off in forty years. We are reasonably confident that the next decade will feature one or all of: stagflation (low growth and high inflation), a recession (economic contraction and low inflation) or a soft landing (modest growth and low inflation).

The most immediate inflection point across these potential paths is whether or not recession is imminent. This depends on how much further central banks need to push interest rates before they feel confident that inflation will moderate back to their targets. At the moment, markets are pricing in continued aggressive tightening in the next six months, followed by consolidation or even cuts. However, our analysis suggests that while inflation will fall in the next six months, it will still be well above target by the end of this year. If this is the case, interest rates will likely continue to rise (albeit at a more moderate pace) or at the very least not fall as expected. Central banks risk embedding high inflation expectations if they take their foot off the brake too early. We think the cumulative tightening in monetary policy will be sufficient to lead to a minor recession. Indeed, this is the normal consequence of higher interest rates historically. This view forms the basis for our most likely scenario over the next decade – End of Cycle. Returns in this scenario are relatively “normal” within the context of history. For equity markets, a period of pain around the recession is mostly offset by the recovery thereafter. Bond returns are broadly in line with current yields.

Sticking with the recession inflection point, there is still a chance that central banks manage to raise rates just enough to combat inflation but avoid a recession. Non-energy commodity prices have fallen a long way in the last couple of months. Corporates in the US have dealt with their supply shortages and have restocked inventories. Some have overstocked, which would lead to discounting. Economic growth is slowing in response to the policy tightening which has already occurred. All of the above suggest inflation will trend lower from here. US household and corporate balance sheets are also in rude health, having done a lot of work deleveraging since the Financial Crisis. Mechanically this makes them less sensitive to higher interest rates and lowers the probability of a recession. Hence, a Soft-Landing scenario is also on the decks. In this scenario, the ending point for asset class valuations is broadly similar to in the End of Cycle scenario. However, because recession is avoided, growth asset returns are higher.

Beyond the probability of recession in the next year or so, is the question of what happens to inflation. One questions what the late Paul Volcker (the last Fed Chair to see core inflation around current levels in the US) would think of a miserly 3.5% of rate tightening. He raised rates in the US from 4.75% to 19% to slay his inflation beast. We can picture a scenario where the rate hikes implied by current market pricing cause a slowdown in growth, but do not fix inflation. Perhaps the slowdown in growth is too painful for politicians to bear and it is decided that a little bit of higher inflation is a small price to pay for economic recovery. Accepting this trade off is the core feature of our third scenario, Stagflation. In this scenario, bond yields rise materially, driven by higher inflation and also a loss in central bank credibility. This is obviously a serious problem for equity markets, where current valuations are based on expectations for low interest rates forever. In a higher inflation and interest rate environment, equity markets derate sharply. The S&P500 PE ratio fell to a low of 7 in 1980, versus 19.9 now. 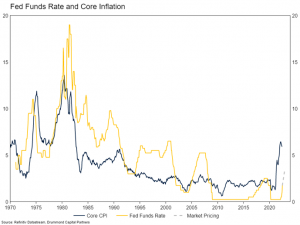 Another consideration is whether the nature of business cycles has changed since the Financial Crisis. Since the 1990s, central banks had tended to have long and gradual tightening cycles, pretty well spaced apart. Now, extremely high levels of debt mean small changes in interest rates have a magnified effect. In addition, since Trump’s election, governments showed significant appetite to manage demand directly by depositing cash in bank accounts and engaging in large spending packages. This marks a significant change in how responsive governments are to slowdowns in growth. Short and sharp slowdowns and accelerations in growth are a key feature in our fourth and final scenario, Volatility. Portfolio returns in this scenario are low, as high volatility and higher longer-term interest rates see valuations compress and overall equity earnings growth is weighed down by frequent economic slowdowns.

A key consideration in the SAA Review was the role of emerging market equity exposure in the portfolios. It is common for institutional investors to hold a separate exposure to emerging markets. Emerging markets are expected to enjoy structurally faster economic growth than developed markets and a dedicated exposure is designed to capture this thematic. However, this positive growth story has faltered. Emerging markets have failed to deliver the outsized earnings growth promised (EPS is currently below the pre–Financial Crisis peak in US$) and have remained more volatile than developed markets. 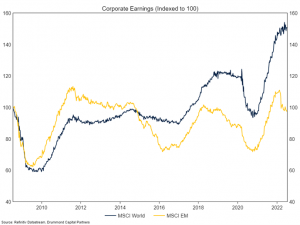 Perhaps of more concern have been developments in China, which represents around half the weight in the benchmark index. Here, we see four key problems:

All of the above leads us to the conclusion that the potential benefit of a structural allocation to emerging markets is not worth the risks incurred. However, that is not to say that we will preclude investment in emerging markets. We think a better approach is to only invest tactically, when the potential benefit is higher than normal. Emerging market outperformance has tended to be quite cyclical in the past. In particular, relative returns have been good when China has been engaging in broad based credit easing (see below). 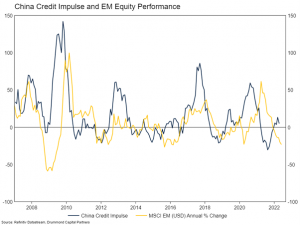 Post the transition to the new SAAs, our portfolios remain underweight growth exposure, primarily driven by an underweight to global equities. We think a recession in the next twelve months is more probable than not, which will compress equity valuations and lower corporate earnings. We are also overweight bonds in the portfolios, which, following the increase in yields over the past year, now present good value from a returns and risk hedging perspective. 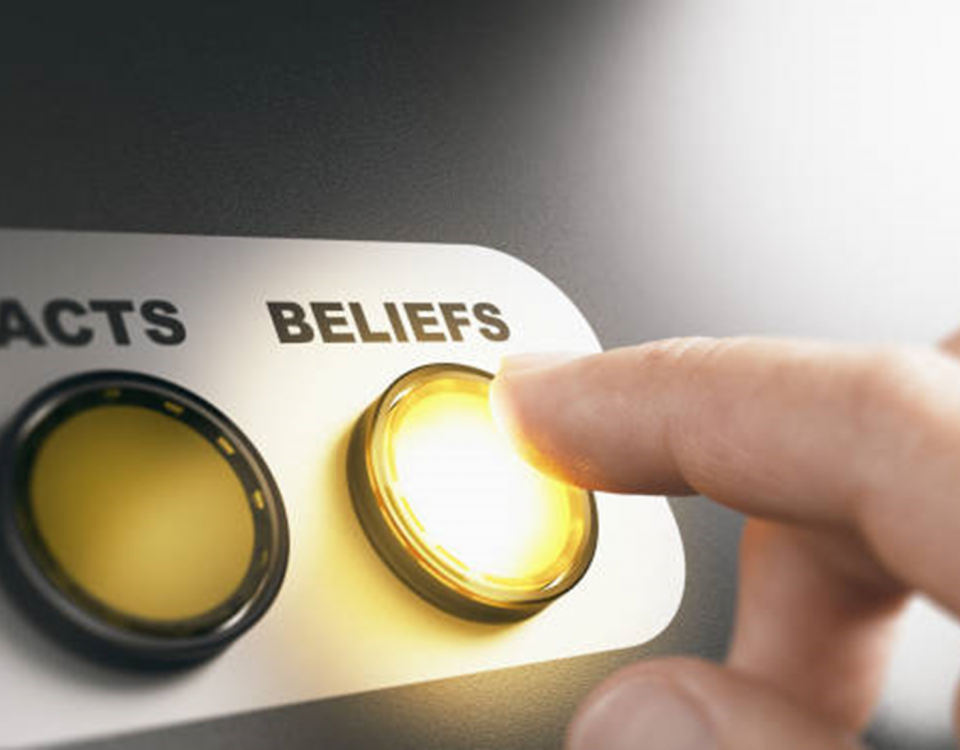