Lisa Leong has taken some surprising turns in a career that has seen her pioneer the new territory of client centred innovation. Her team was awarded the 2017 worldwide Association of Corporate Counsel Value Champion for the work done in the Telstra Legal Innovation Forum. They eliminated 40,000 hours of low value non-strategic work through technology and process solutions. 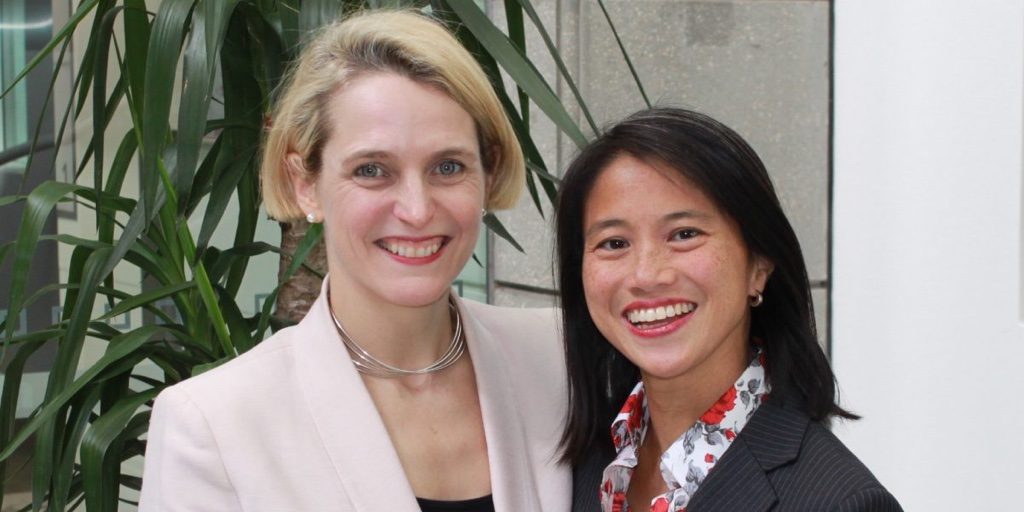 Lisa takes us on a rapid-fire journey that started with a degree in law and science, progressed through a varied legal career, a jolt into radio, a pit-stop in mindfulness and ends with Lisa’s current role as CEO of Ohten APAC, leading the adoption of innovation mindsets.

Lisa’s professional life started as a lawyer, for lending firm Herbert Smith Freehills. After a successful corporate career, she decided it was time to break-up with the law.

“I ended up working as a lawyer in London, in early 2000, It was amazing, I was flying around to New York and Europe rolling out digital MTV Europe, but then the bubble burst. I started working on mergers and acquisitions sitting in airless rooms, thinking to myself – money isn’t everything, where’s the passion?”

Lisa volunteered her way into her own interview show on UK Hospital radio, and found herself loving it and took to plunge to change careers.

“I found out that Liberty Radio, one of the largest AM stations in London, had a program director who had a weekend breakfast show, so one Saturday morning, it was dark and raining, because it was London I took the train from my house, and ended up at the doorstep of Liberty Radio station. I had my little transistor radio and I was listening and I could hear the program director on the air, and I stood at the door, and when he took his first break I decided to press the doorbell.”

The work she is doing now draws heavily on those experiences.

“I probably can’t say that it was planned, but I did follow my heart a lot, but the thread is curiosity. A little bit of opportunity mixed in with following that sense of curiosity.”

“A lot of client centred innovation is, at the beginning, having a wonderful conversation with someone, you know that’s radio, it’s about listening, it’s about caring about the person and wanting to know how is it going in their life, so that’s the empathy piece. It’s also a lot about experimenting so bringing that scientific mindset of having a hypothesis, testing it rigorously and learning about why something didn’t work or why it was successful. It’s the perfect mindset for bringing innovation together with business and law.”

Lisa says she has found success helping organisations innovate and confront change in a healthy way.

“Tristan, now business partner, and I facilitated and designed an environment where the Telstra lawyers could freely experiment and test some of the ideas as to how to minimise the sort of work they didn’t really want to do so they could have more time to do higher value work.”

“We worked really hard as a cohort and after a year the result we got was that they saved 40,000 hours in unproductive work. And they are amazing numbers, but the feedback was that people were writing in to say thank you so much for the work that you’ve done, because it’s meant that I’ve been able to go home and rather than log in again and I can spend more time with my family.”

In the podcast you’ll hear the full story of Lisa’s early innovative steps to build a radio audience from scratch for Gold Coast digital radio station 102.9 Hot Tomato – as she joins the links in her award winning career.