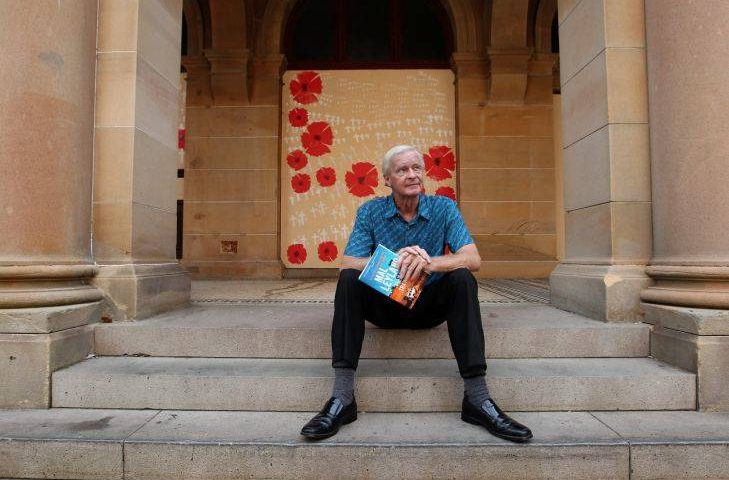 For those who grew up on television in the 1970s and ’80s, the Australian travel show Ask the Leyland Brothers was ubiquitous. At its peak, the show had a 40 per cent audience share.

It was created by brothers, Mike and Mal Leyland, who merrily visited outback locations at the request of viewers, with their respective wives and kids in tow. 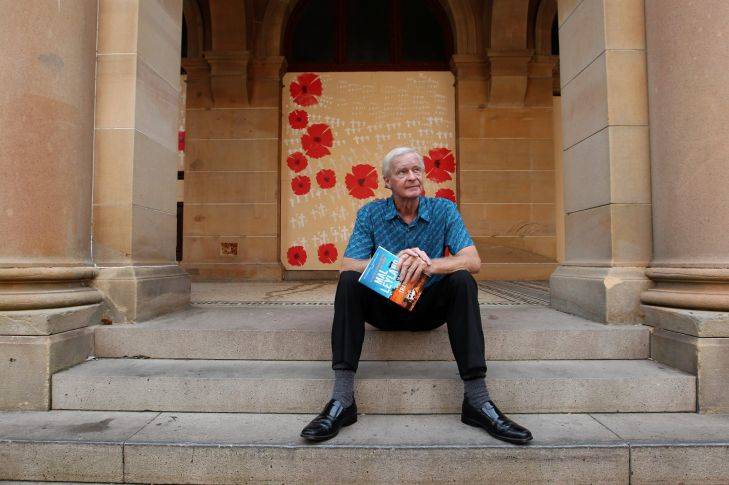 They proved to be canny businessmen, as while their shows had a home movie feel and the depiction of life on the road was basic, they quietly amassed a significant fortune, with their personal estate in the late ’80s exceeding $6.5 million.

Sadly, the ill-fated development of the Leyland Brothers theme park, with its 1/40 scale replica of Uluru near Newcastle in 1990 cost them everything – including their relationship with each other. In the words of their friend, and fellow millionaire, Dick Smith “they’d gone from being very, very wealthy, being multimillionaires, in a period of about 15 years to being close to destitute”.

There are some lessons in their experience for us all. 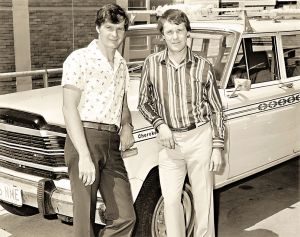 Stick to what you know

When the popularity of their TV show began to wane, rather than pursuing a complementary business activity in the areas about which they were passionate, travel and film, the Leyland Brothers strayed into the almost completely unrelated field of tourism and hospitality management.

This is a common mistake, particularly as people approach retirement. There are plenty of examples of successful professionals who lose the lot reinvesting themselves as property developers or restaurateurs.

It is admirable to follow your dreams and once you have the financial capability to try new things, it’s appropriate to take some risks. However, just because you are successful in one field does not mean you will automatically be successful in another. It often takes years of training and practice honing the skills to run a good business. If you are thinking of taking the leap to something new, take the time to do an actual or metaphorical apprenticeship, ensuring that you enjoy and have the skills for your new venture.

In a recent Australian Story episode Mal Leyland admits his deepest regret is pressuring his wife Laraine to mortgage their house to pay for Leyland Brothers World.

Big dreams are often capital intensive and many entrepreneurs are successful precisely because they made sacrifices that others would not. For example, Boost Juice founder Janine Allis sold her house and rented with her young family for many years so she could invest the proceeds in her business.

As you become successful, look to build a pool of safety assets, which are unrelated to your business or professional earnings that will start to do an increasing proportion of the wealth creation for you. It might be your house or investment assets, but generally the most financially successful are those who understand risk and who don’t bet everything on one idea. 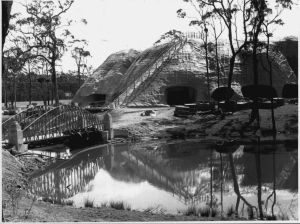 Construction of the replica Uluru near Newcastle in 1990. Photo: Fairfax Media

Hearing Mal talk about the relationship with his brother Mike (who died of Parkinson’s disease in 2009), it is tragic to hear how their relationship soured over money. Mike was suspicious that Mal was funding personal travel from the business, and Mal resented Mike retaining a stronger financial position after their bankruptcies.

It can seem like a great idea to pool resources with a sibling. However too often financial relationships between family members lack sufficient formality, leading to misunderstandings and conflict. Judgment can also be clouded by emotion and what seemed like a great idea can turn into a nightmare, as it did for the Leyland Brothers.

The happy ending to the story is that Mike and Mal had a reconciliation of sorts shortly before Mike’s death, with the twinkle returning to Mike’s eye as he wished he could do just one more trip with his brother.

Mal and Laraine Leyland are also a testament to resilience and perseverance. They have stayed together and survived their financial troubles with the help of their friends. They have gone back to what they love – travelling and movie making and are now educating a new generation about the wonders of Australia and the benefits of sustainable living.