The future belongs to innovators, rulebreakers and strategic thinkers

Annalie Killian is Vice President, Strategic Partnerships at Sparks and Honey, a NYC agency at the cutting edge of business insights intelligence, cultural foresight and helping companies find their relevance.

Specialising in identifying global game-changers and understanding disruptive trends, Annalie is no stranger to reinventing herself or organisations she works for. Previously VP Public Affairs at BHP Billiton and Director of Innovation, Communication and Social Business for AMP, she uprooted her life in Australia for the NYC startup Sparks and Honey to direct and curate the work of some of the smartest people on the planet.

In this week’s Success Stories episode, Annalie speaks with Catherine Robson on making radical career changes midlife, how anti-apartheid activism shaped her career and why cultural relevance in business is everything. 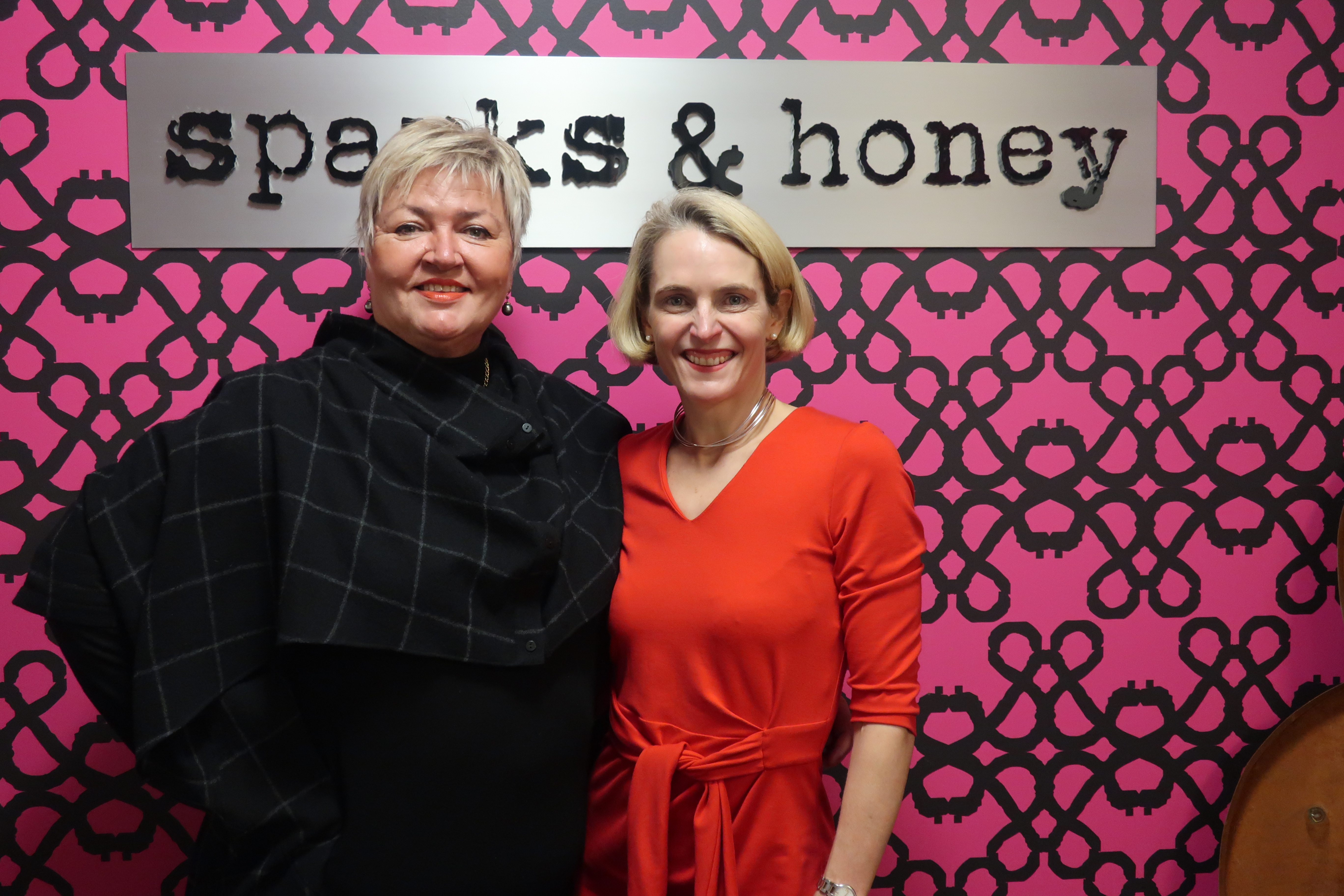 An anti-apartheid activist during South Africa’s apartheid, Annalie was involved in coordinating the country’s first democratic elections. She saw this huge cultural shift as an opportunity for corporations to step up, innovate and be change agents of the country’s new era.

“It was important to take all these insights back into the business world and say; guys, we’ve got to do something different because this is not the end of apartheid; this is the beginning of a new South Africa. How are we as business people going to show up and right some of the wrongs of the past?” she recalls.

“That was an opportunity I saw to put forward a plan.”

Then VP Public Affairs, BHP Billiton Africa, Annalie’s plan was to establish the first Community Foundation and Community College in the country post-apartheid. Her vision? Improve economic and educational empowerment in a region affected by poverty and political violence. She later led social enterprise, the Zululand Chamber of Business Foundation in 1995.

“When you’re challenged with a really big problem, you realise that incremental steps won’t get you there.” she says.

“The breakthroughs really come when you really have to think at scale.”

“It’s about being really observant, being culturally relevant and understanding what is current for people now, what is needed in the world and then what are the conditions that you can use to your advantage.”

“We help our clients work out where they should be moving into next, what’s coming up hot and how minds are shifting so they can be relevant with their innovation strategies.” she says.

When it comes to strategy insights, Annalie believes age diversity is incredibly important.

“You want that fresh, optimistic point of view that isn’t tarnished with ‘I told you so and we’ve tried this before’ because there is optimism and a hope that you can do anything. At the other end of the spectrum, there are people who are much older who have stayed intellectually active.”

“Those people have the benefit of understanding that life is about cycles. They’ve seen cycles come and go so they have a resilience that they can teach younger people.”

As corporations increasingly automate jobs once done by humans, it’s the innovators, rulebreakers and strategic thinkers that will stand out from the pack. Annalie’s key piece of career advice is to get creative.

“I think it’s really important to create something.” she says.

“It’s really important to have a go at something that’s uniquely yours, where your creativity is expressed.”

“In the future, the ability to stay employed will be directly correlated to your ability to solve complex problems. You learn that by creating something.”

Annalie left her role at AMP as Director of Innovation, Communication and Social Business in Sydney for Sparks and Honey at time many would be daunted by such a radical change.

“It’s not easy to make these big career moves. Ideally you don’t make them at 55, you make them earlier but it’s worked out really well for me.” she says.

Financial shrewdness and a few exit windfalls helped Annalie create financial stability to take the NYC career leap and also make her lifelong dream of living in the thriving metropolis a reality.

“The important thing is that you save consistently.  I was also fortunate that I cashed in on the housing market in Australia. I’ve put much of my investments in the share market now in a balanced portfolio that’s actually done very nicely.” she says.

“That’s been very good in terms of enabling me to make decisions.”

“I put enough away for literally taking a year off from paid work and I’ve allowed myself that opportunity.”