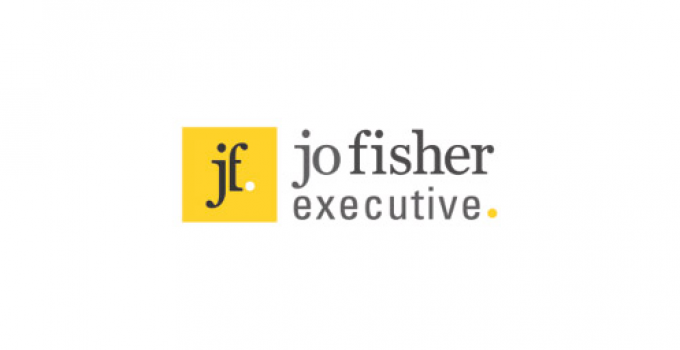 Jo Fischer always thought she would be an entrepreneur, she started young and has not stopped. Today she is at the helm of an international executive search firm which bears her name – Jo Fisher Executives.

Jo and her team have placed 1500 executives in corporate, healthcare and even non-profit roles. In this Success Story she explains the philosophy that has driven the growth of her company, and her personal growth.

To counteract the temptation to think about work 24/7 Jo recommends and enjoys planning holidays – which is how she was able to include a journey to Antarctica in the last, busy 12 months.

Jo Fisher is an award winning business owner and thought leader in diversity recruitment across senior positions. Catching the start-up bug as a youngster she was taught perseverance from her supportive parents.

“I was inclined to start businesses from a very early age, shop stands in the front yard, I always liked the idea of being in some kind of business, a childhood dream of some sorts.”

Starting out in the IT industry two themes emerged that have echoed throughout her impressive life and career; the power of technology and the strength of diversity in leadership.

“My first five years were in the IT industry as a Cobol programmer of all things. But it wasn’t as fulfilling as actually being out there talking to people and finding out about businesses and organisations and what makes leaders tick.”

“I was drawn to the marketing and sales management side of the business and that’s where I started new initiatives, I had a natural tendency to do that.”

“I also tried to enable and facilitate other women coming into the organisations I was in because there were so few in the technology sector at the time, that was one of my personal passions, which of course has led to starting this business up in 2002.”

Jo had a clear approach to her own business from the beginning.

“I saw there were very few women who were advancing into leadership roles. I believe executive search firms play a role in how women and other minority groups are encouraged to be considered for leadership roles, and I didn’t see that happen.”

“So, I started a firm that cared as much about the candidate as the client, and supported and encouraged the candidate in particular if they were people that wouldn’t have otherwise come forward for the role. That was absolutely the philosophy of the firm.”

“And you can do that quite easily as one person on a laptop in a serviced office, which is how I started, but as we got busier it was important to bring other likeminded team members into the firm, who shared my values and belief system.”

As well as a natural inclination towards enterprise Jo also gathered some of the skills needed to succeed in running a business.

“I had started charities in a volunteer capacity. I’d learnt over the years in those groups how to bring people together, how to get consensus around the table, how to take the lead role, and those were things I loved doing.”

“The MBA was invaluable for understanding the financials and aspects of marketing. It was a brilliant base. The way Deakin offered it at the time, by distance, it was a practical way of undertaking something that’s quite heavy.”

“You learn very early in business that cash flow is king, so having your finger on the pulse there is very important. I have a great finance manager, I get weekly reports now, but in the early days I’d be looking at it every day.”

Now, 15 years in and over 1500 executive search engagements later the accolades have started to pour in for Jo Fisher Executive.

“The Victorian Telstra Business Women’s award success was a wonderful milestone to be recognised for getting to a stage where of all our executive search engagements, which is now into the 1500’s, almost 50% of those appointments have been women and that’s a very proud statistic. ”

Jo has become an influencer on organisational leadership, particularly Positive Psychology, she tells us how it affects running her own organisation and the search for leaders of other organisations.

“The Masters of applied Positive Psychology I did at the University of Melbourne was largely driven by the changes that I and many others are starting to see in what leadership is all about in the future.”

“It’s about a positive purpose for the individual and the organisation, some of the concepts aren’t new, they’ve been around for a long time, but the practices of actually doing that in an organisation still are uncommon.”

“We’ve recently developed a positive psychology recruitment framework, and that looks at all the aspects of recruitment across the complete cycle whether for a CEO or a graduate. It affects everything from what you put in the position description to attract a group of candidates, how do you onboard them and how do you keep them. Injecting a Positive Psychology theme into those areas can also entail the way you actually asses a candidate.”

Jo also shares her vision on how performance reviews will change over the next half decade and tells us how she relaxes and finds time away from thinking about her business 24 hours a day.

“When you have your own business there’s no way around it. I find planning a holiday well in advance, one you are really excited about helps, so I went to the Antarctic last year and it was just the most amazing experience, I looked forward to it, I loved it and enjoyed it and then I reflected on it.”